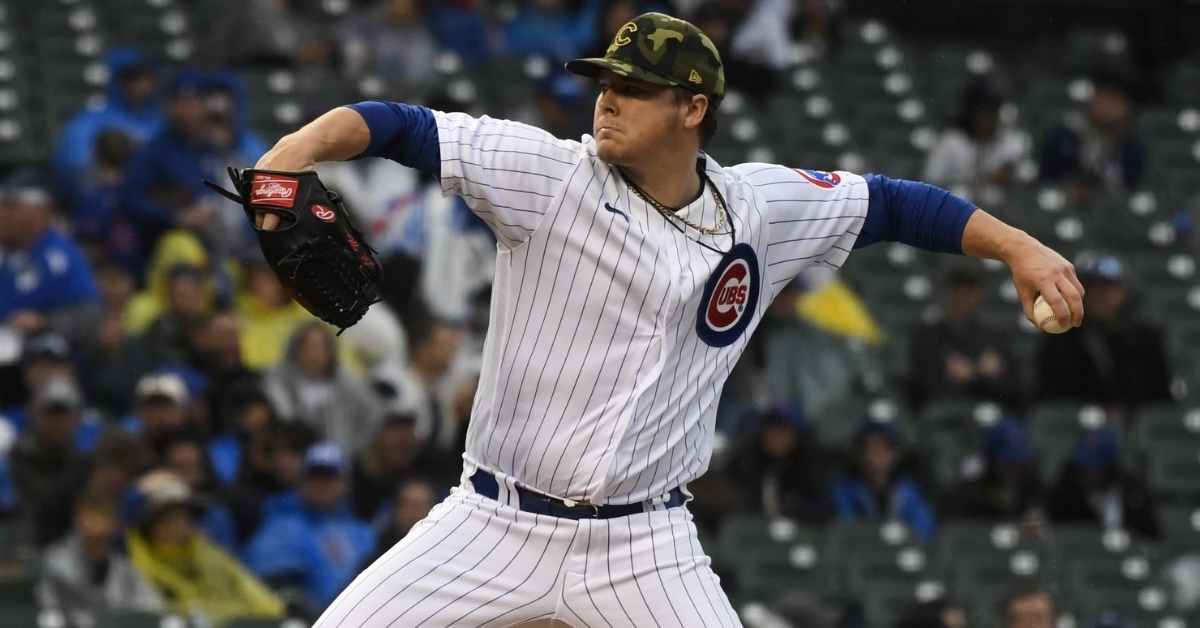 CHICAGO - If Justin Steele could face the Arizona Diamondbacks (21-21) all season, he would be in the Cy Young conversation. After striking out 10 Arizona hitters last weekend, the Chicago Cubs (15-24) left-hander had an opportunity to duplicate that performance on Saturday, facing off against Madison Bumgarner at Wrigley Field.

Steele was dialed in once again, striking out five of the first six hitters he faced and nine across his five shutout innings of work. He left with a 4-0 lead, which at the time seemed like it was in good hands. That was until Arizona rallied in the eighth inning against the NL best bullpen and then carried that momentum over to extras before winning 7-6.

Knowing the type of pitcher Bumgarner is, it was critical for the Cubs to jump on him early, which they did in the second inning. Frank Schwindel started the party with a solo shot to left before his buddy Patrick Wisdom answered for back-to-back shots and a quick 2-0 lead.

It's only right to homer on your bobblehead day. #DailyWisdom @PatrickWisdom5 pic.twitter.com/W0IGWgHL1J

Steele's first sign of trouble came in the third inning when he walked David Peralta to lead things off and later allowed the only hit of his outing. Steele was able to bounce back and recover nicely and has looked good in his two starts since coming off the IL.

One inning after hitting a pair of homers off Bumgarner, the Cubs offense was on the attack again, getting to him early in counts before he could settle in. A one-out single from Willson Contreras got things going, but would later prove costly as he left the game with an apparent hamstring injury.

A two-out double from Seiya Suzuki extended the lead to 3-0 before he came around to score on the Yan Gomes single to make things 4-0. Even with that score, you have to give Bumgarner some credit as the veteran lefty wouldn't allow another run and gutted it out through seven innings while recording seven strikeouts.

Even with his dominance through five innings, Steele was at 89 pitches, so you knew a move was coming sooner rather than later. Given how good the Cubs bullpen has been, any move is good with Chris Martin the first out of the pen. Martin worked a scoreless 1 1/3 inning, and then it was time for the new kid on the block Brandon Hughes to take his turn.

Hughes's first two outings of his career couldn't have gone any better, but this was not one of those outings. After allowing singles to Jake McCarthey and Daulton Varsho, Hughes picked up a massive strikeout, but allowed an Alek Thomas single before finishing things off with a 4-1 lead.

Scott Effross was called on to pitch the eighth as he too had a rare clunker of an outing. Not only did Pavin Smith greet him with a pinch-hit homer to start the eighth, but Effross wasn't able to finish things off, leaving after 2/3 of an inning for David Robertson.

One of the better closers to start the season, Robertson not only allowed a McCarthy double to make things 4-3, but then saw Varsho come through with a single as the Diamondbacks tied things up 4-4. This was the first blown save of the season for Robertson as David Ross saw his decision-making backfire.

One out singles off the bat of Ian Happ and Jonathan Villar gave the Cubs a chance to retake the lead, but could not get a big hit off J.D. Wendelken, who sent the game to the ninth. Not only was the eighth inning rough for Robertson, but after allowing a leadoff single to Ketel Marte in the ninth, followed by two walks, he was in a major jam as Arizona had the bases loaded with no outs.

In just a matter of a few pitches, Robertson suddenly found it again and worked around that jam without surrendering a run as the Cubs came to bat with a chance to end the game. Christopher Morel was able to connect for a two-out single off of Ian Kennedy, but was later thrown out trying to steal, and just like that, it was time for extras.

With Rowan Wick now on the bump, the right-hander had to work around a first and third situation after allowing a one-out hit to McCarthy. Unfortunately for him, not only did Varsho come through with a huge RBI double, but an errant throw from Andrelton Simmons allowed for all three runs to score as the Diamondbacks suddenly led for the first time, 7-4.

Needing three runs in the bottom half of the tenth and Mark Melancon coming in to pitch, things would not be easy. Simmons did his best to make up for that error by adding an RBI single to make things 7-5 and then stole second base. The Cubs continued to battle back, with Villar adding an RBI single of his own to pull the Cubs within 7-6. That was as close as they would get as Melancon settled down to strike out Suzuki to end the game.