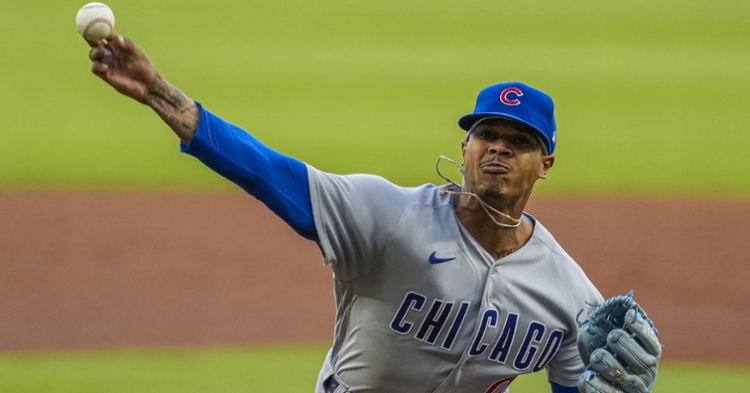 ATLANTA - At this point in the season, I think Chicago Cubs (7-10) fans have come to realize that this is a feast or famine team. The Cubs dropped three of four despite outscoring the Pittsburgh Pirates by 17 runs over the weekend. A big reason for that was their 21-0 win on Saturday, but take that game away, and you get the famine side of things.

The Cubs are embarking on a brutal 12-game stretch where we should learn a lot about this team. Should things go the way, most fans expect it too, and you could be looking at a long season. However, should this team be competitive and find a way to win a few more games, there may be some intrigue left for the Cubs.

The first set of this grueling stretch lands in Atlanta, where the Cubs are taking on the Atlanta Braves (8-10). The defending World Series champions have gotten off to a slow start, but things are looking up with Ronald Acuna Jr set to return in May.

After struggling in his first three outings, Marcus Stroman took the ball against Atlanta Ace Max Fried. Stroman has had great success against the Braves, posting an ERA under 2.40. However, Fried has been even better against the Cubs, where his ERA entering the game was a 1.50. Expecting this to be a low-scoring game, that was precisely the case as the two teams combined for 10 hits, with the Braves coming out on top 3-1.

For Stroman, there were significant strides made in this game as the right-hander not only got through six innings for the first time, but cut down on the walks walking none and striking out three. He was charged with three runs on six hits across his outing, but only two of those runs were earned.

Usually, that would be a good enough start to win a game, but when Fried outdoes you to allow one run on four hits across six innings, you see a problem. Electing to go with an all-right-handed lineup, the Cubs got off to a slow start as they were held in check through the first couple of innings.

Singles from Marcell Ozuna and Travis D'Arnaud opened the second inning up for the Braves, with Ozuna coming home to score on the Adam Duvall sacrifice fly to make things 1-0. Looking to answer back in the third, Ian Happ wasted no time as his solo shot to left put the Cubs on the board 1-1.

Nico Hoerner followed that homer up with a single, but a double play off the bat of Seiya Suzuki ended the inning.

Still tied in the fifth, the Braves took the lead for good as Travis Demeritte lined one over the right-field fence to put Atlanta in front 2-1. Singles by Dansby Swanson and Ozzie Albies followed that up, but it was a costly error by Michael Hermosillo that allowed Swanson to score as the Braves were now in front 3-1.

Hermosillo made up for that play in the bottom half of the sixth as he made an incredible running catch on the warning track to take away extra bases. In what became a battle of the bullpens in the seventh, Will Smith was called upon for the Braves while Ethan Roberts took the ball for the Cubs. Roberts delivered what was by far his best outing of the young season as he struck out the side.

Following a scoreless frame from both Tyler Matzek and Michael Rucker, Kenley Jansen was called on to pitch the ninth as he was looking for his fifth save in as many tries. Going back to his days with the Dodgers, Jansen has owned the Cubs, often carving up their hitters and making them look silly.

All he did in his inning of work was pick up a pair of punchouts to secure another save as the Braves take down the Cubs 3-1. Apart from Happ and Hoerner, Frank Schwindel and Willson Contreras picked up the other two hits as baserunners were tough to come by.