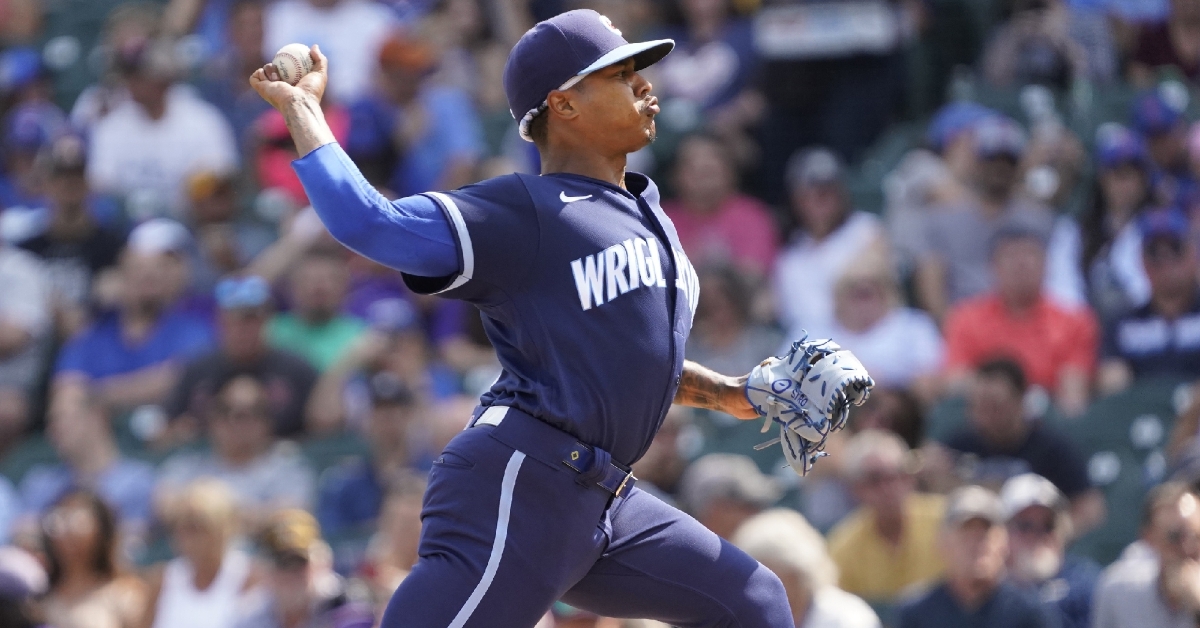 CHICAGO - Don't look now, but the Chicago Cubs (62-82) haven't lost a game in about a week and have now won four straight. With a stretch of 16 of their final 19 games against teams with a losing record, the Cubs could finish the 2022 season strong which would bode well heading into the offseason.

Three of those 16 games come against the Colorado Rockies (62-82), who opened their weekend set at Wrigley Field on Friday. With Marcus Stroman looking for some home cooking and facing off against German Marquez, fans saw the type of game you come to expect from the right-handers as the Cubs managed to edge the Rockies 2-1 for their fourth straight win.

For Stroman, he has been one of the biggest anomalies this season and for several reasons. While his 4-7 record is not great, his 3.76 ERA is more than adequate as a middle-of-the-rotation starter. What makes that line even more interesting is that his 1.84 ERA on the road is the lowest in all of baseball, while his 7.11 ERA at home is one of the worst.

Stroman has been pitching much better at Wrigley the past month, and Friday may be the best he has looked at home all season. Not only did he get through seven innings and needing under 90 pitches to do it, but Stroman took a no-hitter into the sixth before serving up his lone run. He would finish the day with three hits allowed and five strikeouts and continues to show the fans why the Cubs paid the money they did for him.

On the other hand, Marquez was equally as good, even if the result wasn't in his favor. Sure, he was ambushed early in the game, but after that, he settled in nicely and allowed just one run over his final six innings of work. Like Stroman, Marquez gave the Rockies seven superb innings, but it was the Rockies offense that went quiet.

With so many injuries on the team right now, David Ross has to put out an on the fly lineup as different faces are starting on different days. One of the more common names to see right now is Zach McKinstry, who is one of the hottest hitters on the team. With Nick Madrigal on the IL for the rest of the season, McKinstry will not only hold down the second base job for the Cubs, but he looks like the part of a valuable leadoff hitter that this team would like to have.

Two pitches into the bottom of the first and McKinstry set the Cubs offense up as he blasted a triple off the center field fence. The next pitch saw the Cubs take a 1-0 lead as Ian Happ laced a single the opposite way. Given the aggressiveness of the Cubs in that first inning, Marquez was able to keep his pitch count low, but a David Bote single to right put a pair of runners on base before Jared Young struck out to end the inning.

Throughout the game's early stages, Stroman was making quick work of the Rockies hitters and putting on a ground ball clinic. That is what he is known for, and when he gets the number of grounders he did on Friday, he is tough to beat.

With Stroman dealing for the Cubs, Marquez had to match him, which is exactly what he did. Happ and Bote reached base a couple of times in the early innings, as did Christopher Morel, whose hustle on the bases led to two throwing errors that allowed him to reach base.

Still holding that 1-0 lead in the bottom of the fifth, McKinstry came through again as he took a Marquez pitch over the left field fence and doubled the lead to 2-0. Add in a Franmil Reyes walk and a Bote single later in the inning, and the Cubs had a chance for more, only to see Young fly out to left.

After tossing five no-hit innings with relatively light contact, the Rockies started to make some noise against Stroman in the sixth. That started with a long Ryan McMahon homer to end the no-hitter, while Yonathan Daza and CJ Cron followed that up with a single and a walk to put a pair of runners on base.

One inning later saw Stroman have to work through another jam as the Rockies continued to keep the pressure on late, but could not push across another run as he departed after seven innings with a 2-1 lead. Brandon Hughes relieved Stroman in the eighth inning, and after serving up, a one-out Daza single, got Cron to ground into an inning-ending double play to send the game to the bottom of the eighth.

Although the Cubs didn't score in their last at-bats, fans did see Young connect for his first MLB hit as his two-out double left him full of smiles. Add in the perfect ninth inning from Manny Rodriguez, who locked down his second save, and the Cubs continue to play well as they picked up the 2-1 win.

The Cubs had seven hits in the game as McKinstry, Happ, and Bote led the way with two hits. Young added the seventh and final hit while their pitching staff allowed four.