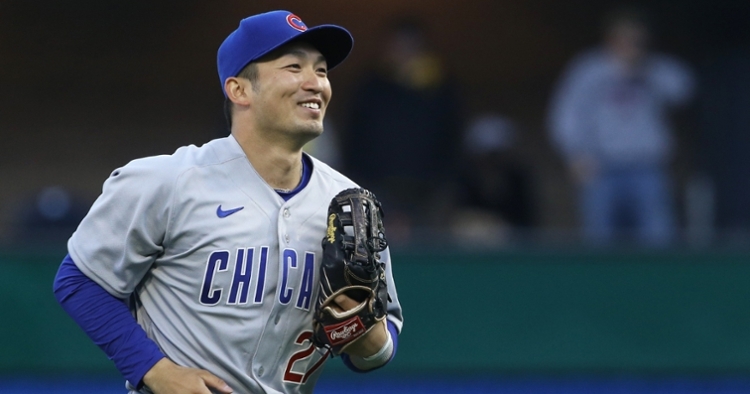 PITTSBURGH - If the first weekend of Seiya Suzuki's rookie season couldn't get any better, he outdid himself on Tuesday, homering twice against the Pittsburgh Pirates (1-3) at PNC Park. For the Chicago Cubs (3-1), that would be all the offense they would need as they managed to hold off the Pirates 2-1 for their road opener.

In a matchup of southpaws, Drew Smyly made his Cubs debut as he opposed former Chicago Cub Jose Quintana. He matched Justin Steele when it came to scoreless starts, as both lefties have come up huge thus far. Smyly continued the Cubs run of successful starts as he gave Chicago five innings of shutout ball, allowing just three hits to go with one strikeout.

Quintana was not quite as good, but he still put together a strong start. Over 5 1/3 innings of work, Quintana allowed five hits to go with one run while punching out three to go with two walks. It was one of those days when pitchers elected to pitch to contact, yet runs were at a premium with limited offense.

Across the first three innings, neither team was able to generate much of anything with minimal baserunners reaching base. The Cubs had the first threat in the third inning when Ian Happ took a single the opposite way and then advanced to second on the infield single by Nico Hoerner.

Unfortunately for the Cubs, nothing would come from that, as Quintana was able to pitch around trouble by inducing several double-play balls. Speaking of pitching out of trouble, Smyly allowed a leadoff Roberto Perez double to begin the bottom of the third and then went on to retire the next three hitters to keep things scoreless.

This was not a typical Smyly start, but if these are the results the Cubs can expect from him, they will take it all day. It took five innings for the Cubs to cash in with the game's first run as Suzuki connected for his second homer of the season, an opposite-field shot that traveled 397 feet.

I know this has been a small sample size, but Suzuki has been nothing short of impressive so far with his advanced approach at the plate mixed with the raw power. If he keeps playing like this, you are looking at a star in the making. The Pirates had a chance to tie things up in the bottom of the fifth with the one-out Jake Marisnick double, but once again, Smyly worked out of trouble keeping his shutout intact.

Looking to add on in the sixth, Clint Frazier cashed in with his first hit of the day as a one-out double put him in scoring position. Add in the Willson Contreras walk, and the Cubs had two on with one out only to come away empty-handed yet again.

At the same time, acting manager Andy Green went to his bullpen as Chris Martin was the first out. Ethan Roberts followed him as the duo allowed a pair of singles to go with three punchouts. While the offense failed to add on in the sixth, they wouldn't fail in the seventh with Suzuki going deep for the second time, this one to left field, as the Cubs padded their lead 2-0.

Suzuki is the only MLB player with eight RBIs and four-plus walks over his first four games since RBI became an official stat in 1920. He joins Shohei Ohtani as the only Japanese-born players in MLB history to hit three homers over their first four MLB games according to ESPN Stats & Info.

The Pirates were able to pull within 2-1 in the bottom of the eighth as Bryan Reynolds took Mychal Givens deep for the solo shot keeping the Cubs on their toes. That would be all Givens would allow as he recovered and struck out the side as his strong start to the season continues.

With three outs separating them from another early-season win, the Cubs called on David Robertson to lock down the ninth inning. Despite not striking out a single hitter, Robertson was solid yet again as he retired the side for his second save, lifting the Cubs to a 2-1 win.

The Cubs managed eight hits in the win, with Suzuki and Happ responsible for two each. Frazier, Contreras, Frank Schwindel, and Hoerner rounded out the hits as the Cubs continued to do the little things needed to win.