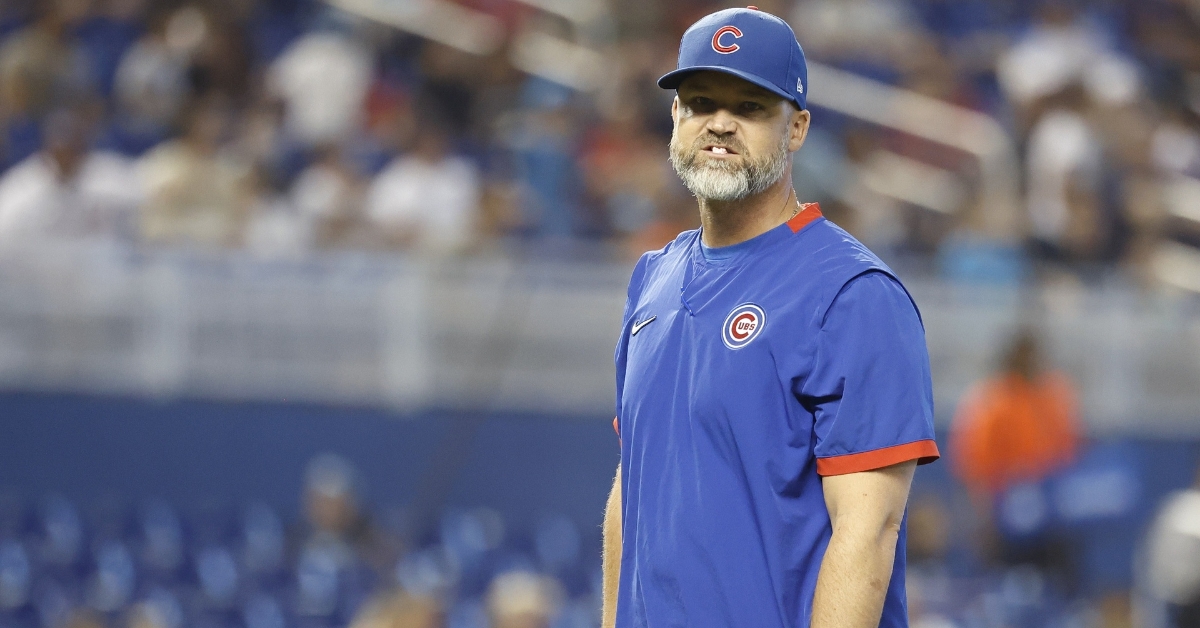 For those of you who guessed the Cubs would have two 11-game losing streaks during the season, congratulations, you win. Even though the worst that this team has performed this season, and, in the past, I never expected this group of players to lose 11 straight, let alone doing that twice in one season. That is exactly where this team sits now as the Marlins capped off their weekend sweep of the Cubs 4-1.

Alec Mills took the ball and continued to give his team quality outings on the mound. Since moving back to the rotation, Mills has been the most consistent starter not named Hendricks. He was at it again on Sunday, giving the Cubs 5 2/3 innings of two-run ball. Unfortunately for him, his counterpart Elieser Hernandez was a little better going 5 1/3 and allowing just one run on four hits.

The Marlins took the lead for good in the bottom of the sixth when Jazz Chisholm Jr took Mills deep for a rare homer to put the Marlins in front 2-1. That run came off the bat of Frank Schwindel, who took Hernandez deep in the sixth inning to tie things up 1-1. That homer followed the Magneuris Sierra RBI single in the fifth, as he now has five RBIs in his last six games after posting one in his first 74 games.

In the seventh, Miami added a pair of huge insurance runs, with Jesus Aguilar continuing to torment the Cubs with a two-run shot to push the lead to 4-1. Much like Saturday's game, the Cubs gave themselves an excellent opportunity to pull even in the ninth with Jason Heyward leading off the inning with a single before Robinson Chirinos worked a walk, putting two runners on base. With two outs, Rafael Ortega was the Cubs last hope, and he grounded out to Aguilar to end the threat and the game.

For whatever reason, the Cubs have a tough time beating this Marlins team, and it is surprising. I understand the difficulties when facing Sandy Alcantara, Sixto Sanchez, and some of those other hard throwers, but the pitchers the Marlins through at the Cubs this weekend don't have that kind of velocity.

Perhaps the more disturbing part is the way the Marlins offense looks when they face the Cubs. Miami doesn't have the worst offense in the league, but they are certainly not a team that scares you offensively. However, when they face the Cubs, their offense looks impressive, and several guys have made them pay. This team has the Cubs number, and they can't seem to beat them right now.

Why do the Cubs stick with Trevor Megill

I understand the Cubs have needed to call up endless pitchers this season, but what is the point of calling up Megill anymore? When he made his first appearance with the Cubs in Atlanta, Megill showed a lot of potential as the big right-hander hit triple digits while showcasing an impressive breaking ball.

Since his early-season injury, Megill has been a shell of himself, and that has even gone on in the minor league. At this point, I don't understand why the Cubs continue to use him in high leverage situations or at all, for that matter. His ERA is above a 12.00 on the season, and he has had a home run issue all season.

That is not something you want to see from your bullpen guys, and Megill has had a rough go of things this season. With the way the Cubs are playing right now, Megill is pretty safe in terms of remaining on this roster. However, if these performances continue, the Cubs will have no choice but to send him back to AAA and give guys like Tony Cingrani or others a chance.

One of the best stories, when the Cubs were winning games, was the emergence of Matt Duffy. Not only was he one of the better pinch hitters on the team, but he emerged as an everyday third baseman as his play warranted it. With him in the lineup, the Cubs offense seemed to take off as his approach to the plate helped this team reach a season-high 11 games above .500 at one point.

Around that same time, Duffy suffered a lower back injury and essentially missed the next two months. Coincidence or not, the moment Duffy and Hoerner got hurt, the offense went south, and the team hasn't been able to recover since. When Duffy was cleared to return to action, he spent a week in AAA and put together an impressive line at the plate.

Duffy saw his average drop from .283 down to .228 as he looked like a different player. He then returned to the major league roster, where he seemed to be a month-long slump. Fans will argue that is the main reason he has been a platoon player his entire career, but he was runner up in rookie of the year voting back in 2016.

Duffy has never lived up to his potential, and it hasn't come without trying. Injuries have always been his ultimate undoing, and this season was no different. Now that he is back playing with the Cubs, Duffy is starting to hit once again as he has gotten into a consistent rhythm. He may not be playing every day as he was earlier, but he is getting his timing back and is starting to look like the player from earlier in the season.