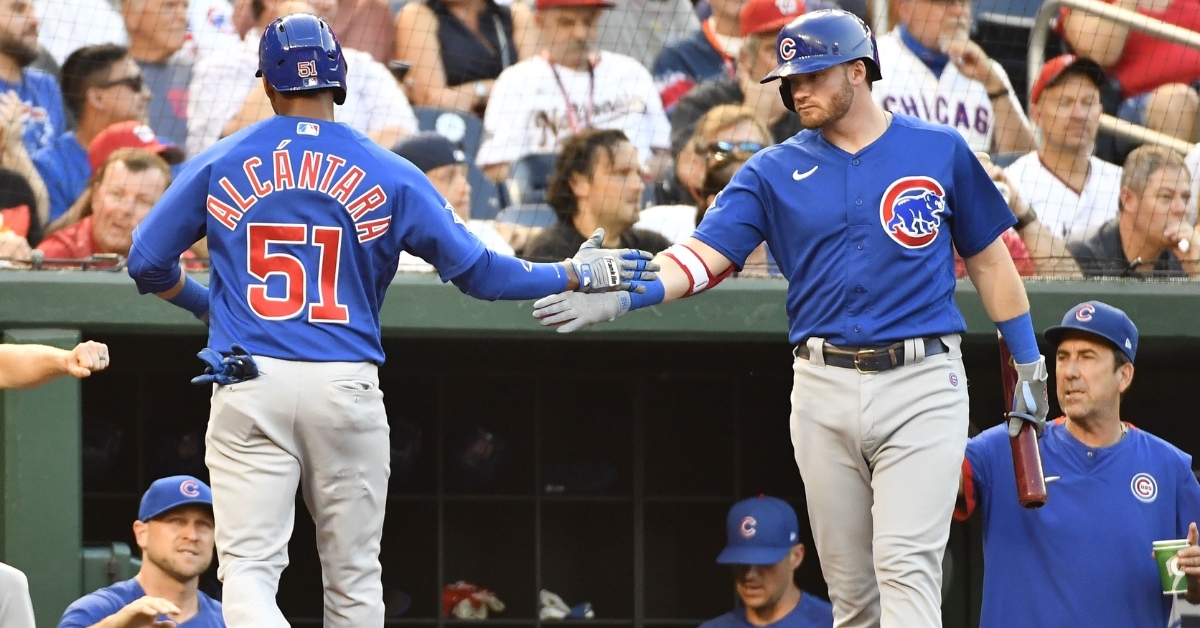 After an emotional day that saw the Cubs core traded away to new places, a baseball game still had to be played. David Ross had his work cut out for him as he not only had to put a lineup together without the top three run producers, but had to add other new faces like Andrew Romine, Frank Schwindel to the bench. At the same time, Jake Arrieta returned to the rotation to replace Trevor Williams.

Arrieta was the name that everyone wanted to see as he was coming off a rough stretch of starts that saw him land on the IL with a hamstring strain. Although Arrieta only lasted four innings before taking the loss, he looked much better than in his previous outings, surrendering a Luis Garcia homer in the second before committing a costly error in the fourth that put the Cubs behind for good.

Rafael Ortega continues to impress in the leadoff spot as he collected an RBI double in the third off Paolo Espino to tie things up 1-1 before the Nationals took the lead for good. Josh Bell added to the lead with a homer in the fifth, before a Yaidel Hernandez double in the sixth made things 4-1. Patrick Wisdom did his best to keep things close by connecting for a two-run single in the eighth, but that was as close as things would get with the Cubs falling 4-3.

Friday was an extremely emotional day if you are a Cubs fan as the unthinkable happened. After Anthony Rizzo was traded on Thursday, the writing was on the wall for some more moves to take place. Not only did movements occur, but Craig Kimbrel, Kris Bryant, Jake Marisnick, and Javy Baez were all traded to new teams, putting an end to the Cubs core four.

One name who drew interest the past two offseasons is still with the team as this is now Contreras' team. He is the last remaining piece from that young group that won a world series and still has one more year of contractual control remaining. That means unless the Cubs trade him this offseason, he will be a part of that team next year as they look to build for another World Series.

Not only has Contreras been an essential piece to this team, but he has been the emotional leader and now will have to be the clubhouse leader also. With the moves the front office has made, it is clear what they think of Contreras, and now it will be interesting to see if they sign him to a long-term extension in the near future.

After all the madness settled down, the Cubs still needed to play a game, and they did so to the best of their ability. At this point, I think fans can safely agree that the second half could get ugly in terms of wins and losses, but there will be no issues in terms of competitiveness.

With so many roster spots needing to be filled, the Cubs can piece together a minor league roster type of team filled with players looking to prove themselves beyond this year. Sure, you still have the familiar faces in Contreras, Ian Happ, David Bote, and Jason Heyward, but the rest of the spots are going to be filled with players who have not only filled in nicely so far but will fill in the rest of the way.

Look for Matt Duffy and Wisdom to hold down the fort at first and third the remainder of the season, as both have played well all year. Duffy has struggled since returning from the IL, but Wisdom is playing like someone who deserves a contract extension beyond this season. With Baez off the table, look for Sergio Alcantara and possibly Andrew Romine to fill in at shortstop as both of them were putting up strong numbers in Iowa.

Keep in mind that the current players may not be starters next season or even in September as the September call-ups will occur. As tough as this second half will be for the Cubs and their fans, it could be a blessing in disguise as they could find some real talent in players who may not have seen the field otherwise.

Worst game in history and I catch a Patrick Wisdom foul ball in my drink pic.twitter.com/tED0Gbtkfb

Lost in all the chaos last night was the debut of two players as Michael Rucker and Manuel Rodriguez made their MLB debuts on the mound. Rucker gave the Cubs two innings, surrendering one run, while Rodriguez tossed a shutout inning of work to go with two strikeouts.

Going back to Rodriguez for a minute and he was impressive. Not only was he hitting triple digits, but he displayed a wipeout slider and showed everyone why he was in the futures game this summer. Rodriguez has all the makings of being a back of the bullpen type of arm, and with Kimbrel no longer in the closer mix, Ross may trust him with some high leverage saves soon.

99 mph fastball gets a swing and a miss for @manrod_77’s first MLB strikeout with the Cubs! pic.twitter.com/YBjAYmsbGl