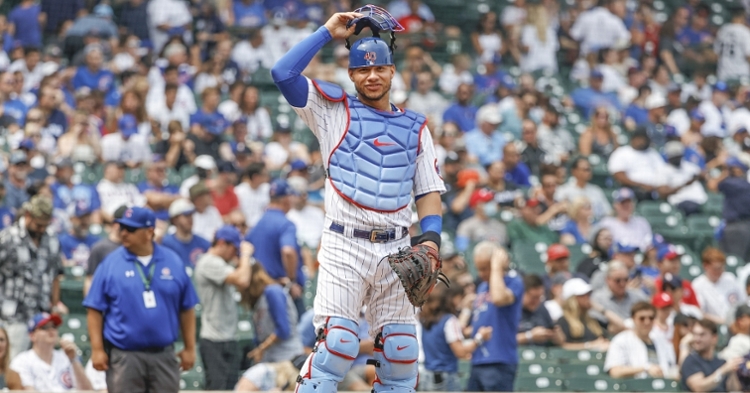 The White Sox are now what the Cubs once were. That is a dominating team filled with young talent and seemingly little to no holes on their roster. Not only do the White Sox possess one of the most lethal lineups in the MLB, but they have one of the best pitching staffs to go along with it. That has led them to put together one of the best records in baseball as they continue to stretch their lead in the AL Central.

Through the first two games of their weekend set, the White Sox have put their talent on display and made the Cubs search for answers. With Carlos Rodon on the mound, Chicago didn't need much offense as he was simply incredible. Despite going just five innings, Rodon allowed just two hits to go with two walks and 11 strikeouts. Needless to say, the Cubs had no answers for him and were guessing in the batter's box.

While Rodon may have set the tone for the White Sox, Adbert Alzolay was nearly as good as he went toe-toe with Rodon in his outing. Not only did Alzolay get through six innings lasting 6 2/3, but he struck out seven hitters to go with no walks while allowing two runs on six hits. Those runs came in the first inning off a Yoan Moncada double as the Cubs were training early.

Unfortunately for Alzolay, and the Cubs for that matter, that two-run lead was more than enough as Alzolay continues to draw the short straw in terms of run support. His 4-12 record doesn't look good on paper, but he has deserved much better fate in many of his starts. With the Cubs offense struggling to get anything going, the Sox used a pair of eighth-inning homers by Cesar Hernandez and Jose Abreu off Trevor Megill to put the game away as the Sox take game two and claim the series with a 4-0 win.

Why didn't the Cubs pursue Rodon?

Given his injury history, especially the last few seasons, Rodon entered free agency without many suitors. The Cubs were one of those suitors, but they didn't feel he would fit this team for whatever reason. Instead, he signed a one-year, $3.5 million dollar deal with the Sox and is now putting up CY Young type numbers.

He has been the steal of the offseason so far, and the White Sox are undoubtedly happy to have him back. This is what has been most frustrating when you look at the Cubs offseason, as they had a chance to get him. Instead of adding him for 3.5 million, the Cubs signed both Jake Arrieta and Trevor Williams to one-year deals, and neither panned out.

Not only has Arrieta struggled, but Williams was dealt to the Mets last week. Having a guy like Rodon not only would've helped this rotation, but he would have given them a left-handed starter that they don't have. Signing him was certainly a risk this season, but a risk that was worth taking. I can't understand why the Cubs didn't go after him because he is pitching himself into a lucrative deal next year after the season he is having.

Carlos Rodón will start for the @whitesox in the Field of Dreams game ???? pic.twitter.com/i2P31HhqMq

On the other side of things, you must feel for Alzolay, who can't seem to buy a win right now. However, despite the loss, there was a lot to like about his start, and you can point to keeping the ball in the yard to start. Of the two runs, he allowed none of them came via the home run, which has been an issue for him all season.

Add in no walks and seven strikeouts, and Alzolay seemed to have better command of his pitches this time out than some of his previous starts. Cubs fans have noticed with Alzolay that there are teams he loves to pitch against and ones he doesn't. The White Sox are certainly one of those teams he loves to face as he has carved them up in his career.

In two appearances, Alzolay has given the Cubs just under 12 innings of work while allowing just two runs against the Southsider's. He has also walked two hitters compared to 15 strikeouts which is impressive. I get that this is a small sample size, but Alzolay has dominated White Sox hitters, which is not something you usually hear.

Coming off a start like this, Alzolay certainly will have much more confidence down the stretch as he contained a high-powered lineup. For the first time in over a month, Alzolay had command of all his pitches and dictated what he wanted to do compared to caving into a hitter. Now he needs to build off that start the rest of the way.

Saw what you want about Kris Bryant and his lack of production at times, but the Cubs certainly miss him in their lineup. Not only was his presence significant, but he was Mr. Versatility in that lineup and played pretty much anywhere David Ross asked him to.

Now that he is in San Francisco, the Cubs have had to mix and match different combinations, but Wisdom remains one of the regulars in this lineup. Ever since getting regular playing time, Wisdom is proving to everyone that he belongs in the majors, leading NL rookies in homers while playing impressive defense at the hot corner.

Along with that, Ross has started to move him around more, plugging him in at first and now left field. He may not be as versatile as Bryant, but Wisdom can play four positions, so don't be surprised to see him move around to consistently get his bat in the lineup. The Cubs have always loved versatile players, and Wisdom is turning into one of those guys.