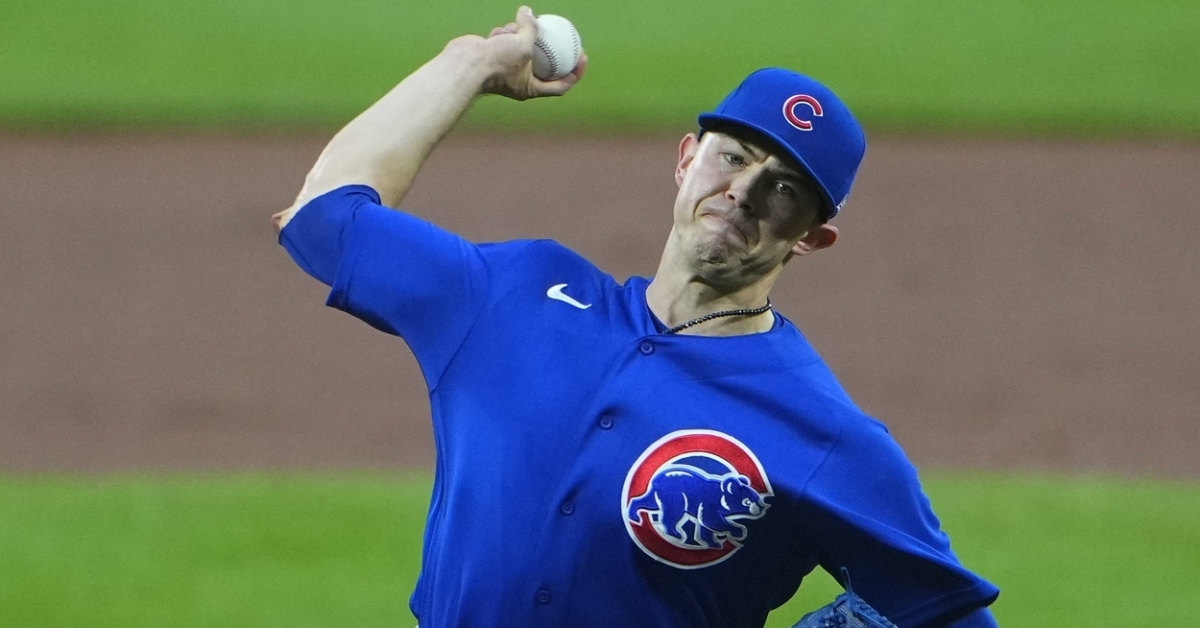 BALTIMORE - Keegan Thompson is human, after all. Making their first trip to Camden Yards since 2017, when Jose Quintana tossed seven scoreless frames, the Chicago Cubs (23-33) took on the Baltimore Orioles (24-33) for some interleague action.

Arguably their best pitcher regardless of the role this season, Thompson came into the game with a 6-0 record and a sparkling 1.99 ERA, as he has been nothing short of amazing this season. Making just his third start in 2022, Thompson was not at his best, delivering one of his worst outings of his career in a rare clunker.

Not only was the long ball a massive issue for him, but he allowed seven earned runs in just three innings of work as his ERA rose to 3.17. Add in two more runs off Alec Mills, who returned from the IL, and it was more than enough for Kyle Bradish as the Orioles drubbed the Cubs 9-3 in the series opener.

Although there wasn't much that went right for the Cubs, Christopher Morel continues to be one of the bright spots as he is so fun to watch. One pitch into the contest saw Morel waste no time as he ripped one over the left-center field fence for his first career leadoff homer and third homer of the year to give the Cubs a 1-0 lead.

Scoring first hasn't been an issue for this team, but holding those leads has been as the Orioles came out swinging in the bottom of the first. Not only did Cedric Mullins tie things up with a leadoff homer of his own, but the very next pitch saw Trey Mancini go deep as the Orioles took the 2-1 lead. That was the theme for Thompson all game long, as his command was not as crisp as usual, leading to abnormally hard contact.

Baltimore continued to play long ball in the second inning, with Jorge Mateo getting into one and extending the lead to 5-1. The Orioles continued to make life miserable for Thompson and the Cubs, with Austin Hays adding an RBI double while the Ryan Mountcastle sacrifice fly gave the Orioles a 7-1 lead and spelled the end of the road for Thompson.

Given that the Orioles are in a similar position to the Cubs, you had to like their chances to make a game out of it, and a Willson Contreras bomb in the fifth helped. However, it would take a lot more than a solo shot for the Cubs to get back into this one as Baltimore built a commanding lead.

With Mills now on the bump, Hays built off one RBI already by launching a solo shot to make things 8-2. Mills was outstanding in his first outing of the season, giving the Cubs five innings of two-run ball and striking out seven in relief. While witnessing a rebuild stinks, it does give fans the privilege of watching younger players thrive who may not have had a chance otherwise.

Morel is one of those guys as he has taken his opportunity and grabbed it by the horns. A top 20 prospect, Morel was seen as a player at least a year or two away, so to see him in the bigs now is a great story. Not only that, but he is gaining valuable experience now to become the leader down the way as he added an RBI triple to his homer to make things an 8-3 game.

Still in the sixth, Ramon Urias capped off the scoring with another solo blast as the Orioles were holding a 9-3 lead with three innings to go. Neither team had much of anything going for them across the final few frames, but the Cubs had a chance to make some noise in the ninth.

With P.J. Higgins working a one-out walk, the Cubs were facing their final out until Frank Schwindel extended the inning with a single. Hoping for a clutch to potentially make things interesting, Patrick Wisdom grounded out to second to end the game as the Cubs dropped a very disappointing game 9-3.

With two more hits to go with two RBIs, Morel is hitting .298 on the season and could be putting himself in the rookie-of-the-year conversation should this keep up. He was the only one able to pick up double-digit hits as five other players had one hit in a losing effort to the Orioles.