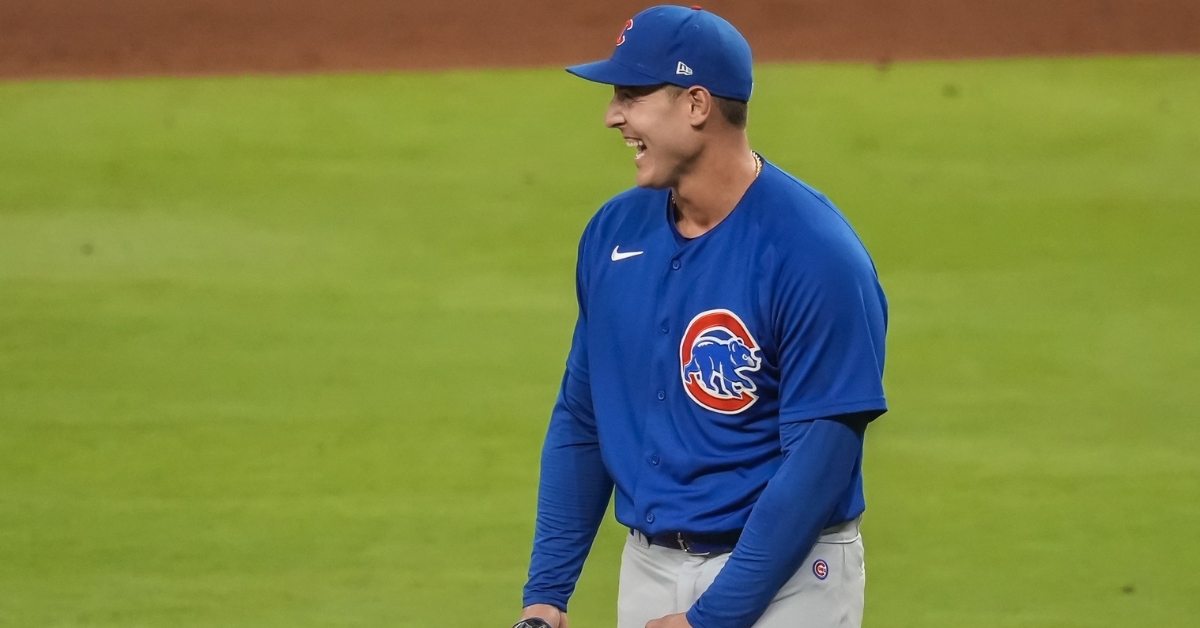 Kyle Hendricks was back on the bump, and for the second time in three starts, the Braves hammered him from the start. Clearly, they have figured out something with Hendricks as they hit three more homers off him and connected for seven homers in two starts against him. Six of those seven homers have come in the first inning, with both Marcell Ozuna and Austin Riley connecting for two-

run shots yesterday to give the Braves and an early 4-0 lead.

Hoping to settle in as he did in his last outing against them, Hendricks could not do so with Freddie Freeman adding an RBI double in the second, extending the lead to 6-0. The hard contact continued in the fourth when opposing starter Yuascar Ynoa took Hendricks yard for his first career homer as

Ynoa had two hits in his first two plate appearances.

With Alec Mills now on in relief, the Braves offense continued their barrage as Guillermo Heredia added an RBI double in the fifth before Freeman and Ozzie Albies went back-to-back in the sixth to give Atlanta a 10-0 lead. That was plenty for Ynoa and the rest of the Braves staff as the Cubs were held to five hits again, with Kris Bryant picking up two of those hits. Ynoa allowed four of those hits in 5 1/3 inning of work but still managed to pick up nine strikeouts in a much better start this time around.

However, there was some fun in the loss as three position players combined to toss two scoreless innings late in the game. Matt Duffy, Eric Sogard, and Anthony Rizzo were those players with Rizzo stealing the show by striking out Freeman on a sick curveball.

The thing that has made Hendricks so good over the years has been his impressive location. For some reason, that location isn't there this season, and the results have shown. Not only did he have one of the worst springs of his career, but Hendricks will be finishing April with a career-worst 7.54 ERA and is searching for answers.

He has already walked nearly as many hitters as he did all last season, and the long ball is a massive problem for him as he has given up 10 homers this season, with seven of those 10 coming against Atlanta. Not only is Hendricks not hitting his spots, but his pitches have had very little movement and are coming towards home plate flat.

When that happens as a soft tosser, it tends to be batting practice, which was the case again last night. Hendricks feels it is a mechanical issue that he can iron out. Hopefully, that is the case because through five starts this season, Hendricks looks lost on the hill, and he looks far from an ace. Chicago will be in for a long season if this is the Hendricks they get all year.

Kyle Hendricks acknowledged the possibility that he may be tipping pitches: “But at the end of the day, even if they know what’s coming, if you make a good pitch, you get bad contact. There’s just so much hard contact right now. Everything’s barreled up.”

Maybe the Cubs need some sage

In case you missed it on Monday, Braves shortstop Dansby Swanson walked around the outfield, lighting some sage on fire. That was coming off a doubleheader on Sunday in which the Braves not only were no-hit in one game but failed to score in either game.

The lighting of the stage was used as superstition to wake up the bats, and clearly, that worked out well. Through three games of this four-game set, Atlanta has already racked up 26 runs compared to the Cubs seven. All seven of those runs for Chicago came in game one, so they two have been shut out twice.

The lighting of the sage worked in Atlanta's offense, and they are crushing the ball this series. It also seems to be working for the pitching as they entered this series with the worst ERA in the National League, and you wouldn't have guessed that by watching. Maybe the Cubs need to come up with some sage of their own to turn things around because it has not gone well.

Just throwing that out there.

When the Cubs signed Marisnick this offseason, the main purpose was to replace Albert Almora as he brought speed and defense to the table. Not known as much of a hitter, Marisnick showed tons of promise in spring, which has carried over to the regular season.

Already with a five-RBI game this season which is the most by a Cubs player thus far, Marisnick has seen his playing time increase in recent weeks, which could be a trend. With Joc Pederson and Ian Happ hitting below 150 and Jason Heyward hitting in the .170 range, the Cubs outfielders have the worst average in baseball to go with putrid power numbers.

Marisnick, on the other hand, has not only been putting together professional at-bats, but he is hitting .257 so far and is the lone outfielder showing signs of life. At this point in the season, David Ross needs to worry more about production over the past with this lineup, and Marisnick is producing better than any outfielder on the roster right now.

He deserves to be in the lineup more, even if that means taking time away from a struggling Happ. His defense is good, he brings game-changing speed to the table, and he has shown glimpses of power throughout the first month of the season. Keep him in the lineup until he cools off or until others heat up.

Jake Marisnick can fly. Two-out triple is the Cubs' first hit of the game.