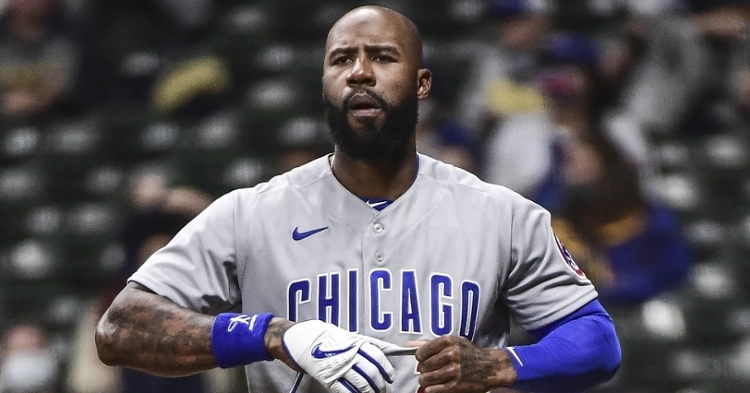 It is becoming a broken record with this Cubs team so far as they dropped their third straight game to fall to 4-6 on the season. Once again, the hitting remains non-existent, the pitching has been adequate at best, and their strikeout rate continues to climb at an alarming rate. You would think something has to give at some point, but maybe this is the type of team's fans can expect this year.

Even with Adbert Alzolay holding the Brewers to just one hit through five innings, Freddie Peralta was able to carve up the Cubs hitters once again, limiting them to one run on two hits through six innings. Peralta also struck out 10 giving his team a chance. After what has been one of the better bullpens to start 2021, Andrew Chafin picked a lousy time to have his worst outing of the year as the Brewers erupted for six runs in the sixth inning, which proved to be enough in the 6-3 win.

After the MLB season shut down and restarted last year, dealing with COVID was something every team would have to adapt to. At least we thought that would be the case as the Chicago Cubs went the entire 2020 season without a single positive test inside their organization. They were affected when other organizations had tested positive, but knowing that they all tested negative all season long was positive.

That all changed this year as the Cubs have had to deal with COVID since the start of spring training. While most of their cases ran through minor league camp and didn't affect anyone on the big-league roster, Kyle Ryan did have COVID right when camp opened as he failed to get into a spring game. Fast forward about a month later, and now the Cubs are dealing with the most COVID issues they have had to deal with.

It started with first base coach Craig Driver who tested positive over the weekend in Chicago. He didn't make the road trip and stayed home while the rest of the team tested negative. Now, bullpen coach Chris Young has tested positive, which has lingering effects on the Cubs. His positive test was met with Jason Adam, Dan Winkler, and Brandon Workman, all hidden the COVID IL as they were deemed within close contact with him. While none of the players have officially tested positive yet, it will be interesting to see where things go from here.

In the process of filling their roster, the Cubs called up three pitchers from their South Bend taxi squad. Right-hander Pedro Strop is back with the Cubs, as are lefties Brad Wieck and Justin Steele. Steele made his major league debut last night, recording a strikeout as this group will now be trusted over the next two weeks. Hopefully, this is as bad as it gets.

In his previous outing, also against the Brewers, Alzolay allowed four earned runs in five innings to take the loss. All four of those runs came off two home runs as he was able to keep their bats in check for the most part. Looking to build on that start, Alzolay was impressive last night even though the box score will show that he allowed three earned runs in 5 1/3 innings of work, but he isn't the one that technically allowed the runs.

Through five innings, Alzolay was cruising, holding the Brewers to just one hit while walking one and striking out six. Those are the kind of starts the Cubs are expecting from him. Then the sixth inning game where he pitched himself into trouble. After loading the bases with no outs, Alzolay got Lorenzo Cain to put the ball in play to Javy Baez, who made the play at home plate. He was pulled in favor of Chafin, who needed a ground ball to get out of the inning.

Instead, Chafin hung a breaking ball to Luis Urias, who ripped it into the left-field corner, clearing the bases. All three of those runs were charged to Alzolay, but he isn't the one who threw the pitch. This is a start that he can build off as he looked much better the second time out than his first.

How can the Cubs fix their approach?

Following their loss to Pittsburgh on Sunday, Willson Contreras was very vocal about the team's offense and their direction. He stated that they do not have the right approach, and it seemed like everyone was guessing at the plate. Contreras then went on to say that he was going to talk to the guys about that.

Whether the team talked or not is unclear, but things didn't look any different last night, and their overall approach is puzzling. Not only do too many hitters on this team have an all-or-nothing mindset where they don't care to cut their swing down, but you also have players who are letting hittable pitches go.

Contreras is a good example of one of those players as he leads the team in called third strikes this season. Fans can handle a called third strike here and there, but Contreras allows them far too much. TO make matters worse, most of them are on fastballs or hittable pitches right down the middle, which is where the guessing comes into play.

Baseball is a game about guessing when it comes to hitting and when you guess right, chances are the hits will come. The problem is, not only are the Cubs not guessing right, but they haven't guessed right all season. There is no fix for that when you are a coach as there is nothing you can really tell the team. The league has figured out this offense and how to pitch to them, and the Cubs hitters have failed to adjust.