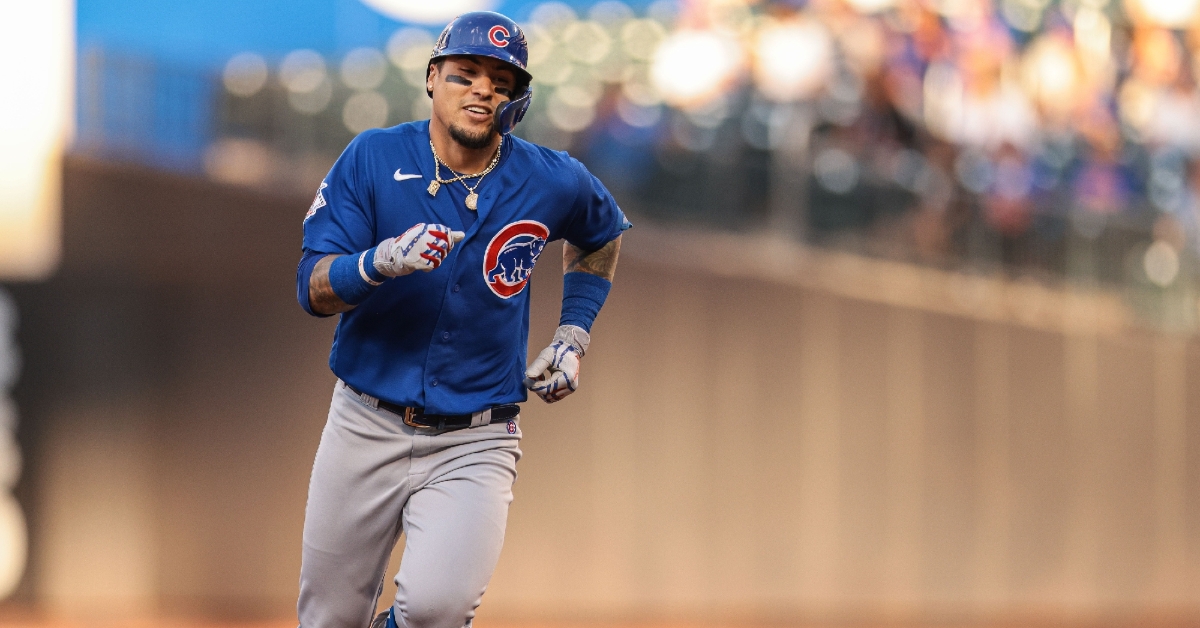 The first three games of this series haven't been pretty, but the Cubs had a chance to salvage at least one game before heading home. With a win on Thursday, the Cubs would at worst remain tied for first and would take the season series 4-3 against the Mets.

The Cubs turned to their ace Kyle Hendricks against another tough arm in Marcus Stroman as he was looking to remain unbeaten against the Mets during the regular season. Javy Baez did his best to get the Cubs going, crushing his team-leading 16th homer in the first as Chicago raced out to an early 2-0 leadoff Stroman.

That would be all Stroman would allow in the game as he continues to deliver quality outings on the bump. Fortunately for Chicago, Hendricks matched him pitch for pitch, allowing just two hits while walking two and striking out seven in six innings of work. Both hits he allowed were doubles but was it as the Mets hit just one more ball out of the infield off him.

His performance on the mound set things up for the Cubs three-headed monster in the back of the pen as Andrew Chafin, Ryan Tepera, and Craig Kimbrel finished things off for the 2-0 win. The win moves Hendricks to 9-4 on the season as he has now won a career-best seven consecutive starts.

There was a lot of controversy surrounding David Ross and his decision to stick with Robert Stock as long as he did on Wednesday. However, he had a straightforward explanation for his reasoning, which said he needs his starters to go longer into games to get the ball to the back of his pen.

That message was delivered loud and clear as Hendricks took those words to heart and delivered. Not only did he put an end to the Cubs' losing streak, but he secured a season series win over the Mets in the process while throwing six strong innings. He needed 92 pitches to get through six, but outside of two well-struck doubles made life tough on New York.

Not only did the win move him to 9-4 on the season, but it is Hendricks's seventh consecutive win on the mound as he also improves to 4-0 against the Mets during the regular season. While the Cubs may not have an ace like most teams, Hendricks is the team's de facto ace, and he delivered like one on Thursday.

The Cubs have been involved in four 4-game sets this season, with another one against the Dodgers set for next weekend. Of those four series, all of them ended with the series winner going 3-1. While the Cubs took care of the Nationals 3-1 at Wrigley, the rest of their four-game sets have been on the road, and the Cubs haven't fared well in those series.

Not only have they lost the other four-game sets away from Wrigley, but they lost by the same 3-1 advantage that they hung on Washington at home. What is even weirder is that the Cubs lost the first three games in each of those series only to come away with the season finale. With another four-game against the Dodgers losing, there is a chance a similar result happens yet again.

This team has struggled on the road this season, but they have been fortunate enough to overcome that, given their play at home. For them to go anywhere in the postseason, they need to figure out how to win on the road consistently if they get that far. Until that happens, the Cubs need to bank as many home wins as possible to help them reach the postseason.

Across the four-game series with the Mets, Chicago scored nine runs as they managed three runs or less in each game. A big reason for that is the strong pitching the Mets through at the Cubs all week, but the Cubs also didn't do themselves any favors by cashing in on the chances they were given.

All nine runs in the series were scored off home runs, which is not a trend you want to continue. Home runs are exciting and will come in bunches, but when you live and die by them like the Cubs did this series, you're not going to succeed long-term.

What has impressed many Cubs fans this season has been the Cubs' ability to score plenty of runs without relying on the long ball to make that happen. Home runs still play a part in 43% of their runs scored, but that is way down from in the past. The Cubs will have their fair share of homers this season, but they need to get back to just putting the ball in play and finding other ways to generate runs.