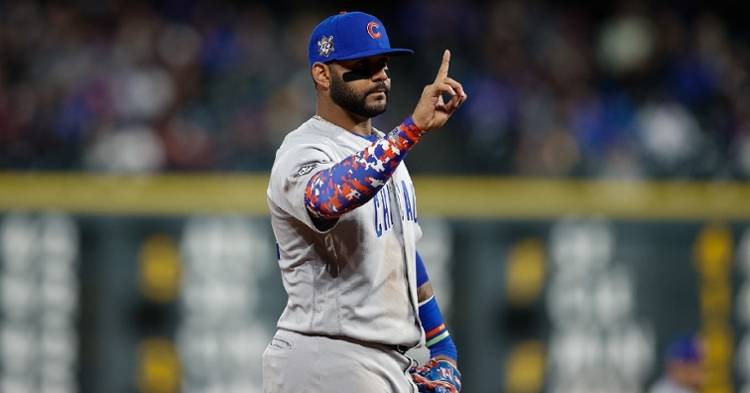 DENVER - With guys like Wade Miley, Adbert Alzolay, and Alec Mills on the shelf to start the season, the Chicago Cubs (4-4) were in desperate need of a starter to make the start Saturday. In comes Mark Leiter JR from AAA, as he was one of the final roster cuts from the spring.

Being called on as a fill-in starter is hard enough, but when you have that start come at Coors Field and against a red hot Colorado Rockies (6-2) team, Leiter Jr was in for a long day. Much like Marcus Stroman on Friday, Leiter Jr got off to a strong start, keeping the Rockies offense in check for two innings. That was until the third, when Colorado stormed in front with a four-run frame before adding three more in the fourth. All seven runs were charged to Leiter Jr in 3 1/3 innings of work as Colordao takes game three 9-6.

Facing off against Antonio Senzatela, the Cubs offense made plenty of hard contact, but had nothing to show for it early on. They were finally able to breakthrough in the third as Patrick Wisdom and Nico Hoerner led things off with a single. Following a sacrifice bunt that moved the runners up 90 feet, Jonathan Villar gave the Cubs a 1-0 lead with a single. That makes seven times in eight games where the Cubs have scored first, which is a refreshing theme if you are a pitcher.

Leiter Jr was looking to keep his excellent start rolling with the lead in hand, but found out firsthand that no lead is safe in Colorado. A one-out walk to Dom Nunez didn't help his cause, but the Connor Joe RBI triple tied things up 1-1. Another walk to Charlie Blackmon put two runners on base before Kris Bryant gave the Rockies the lead for good with an RBI fielder's choice.

Still in the third, CJ Cron continued his blistering start to the season as he got every bit of a Leiter Jr off-speed pitch and cranked it 466 feet to left field, extending the lead to 4-1. Despite the Cubs continuing to put runners on base in the fourth, they couldn't push anyone across as the Rockies looked to capitalize again.

Leiter Jr continued to pitch himself into trouble in the fourth inning, allowing an infield single to Brendan Rodgers to start the inning before walking Sam Hilliard to put a pair of runners on. Two pitches later saw Alan Trejo extend the lead to 5-1 as Jesse Chavez was called on to relieve Leiter. Three batters into his outing, Chavez allowed a Nunez sacrifice fly, walk, and Blackmon single as the Rockies opened things up 7-1. All seven runs were charged to Leiter Jr as his first start as a Cub didn't go as planned.

With Senzatela out of the game, it was time for the Cubs to make some noise, which began in the seventh inning. Seiya Suzuki opened the inning with an infield hit before advancing to third on a Jason Heyward single. One batter later was, Patrick Wisdom coming through with an RBI double as he began the series 5-5 with four doubles as the Cubs trailed 8-3. This was one of the more promising things to take away from this game, as Wisdom appears to be in a better place mentally at the plate.

Following a fielding error that allowed Hoerner to reach, Villar kept the line moving as he rolled one through the hole at first to plate two more with the Cubs now down 8-5. Much like Wisdom, Villar was one of the storylines in this one as he led the way with four hits to go with three RBIs.

All that momentum the Cubs gained in the seventh quickly went away, with Cron taking Ethan Roberts deep in the bottom half of the seventh to make things 9-5. In this series, Cron has been a human wrecking crew, connecting for three homers thus far.

You have to give the Cubs a ton of credit for the fight they showed in this one. Despite being down big early and their offense virtually lifeless, they continued to battle until the end, with Heyward adding an RBI triple in the eighth to make things 9-6. That run would be the game's final run as the Cubs fall to .500 for the first time this season.