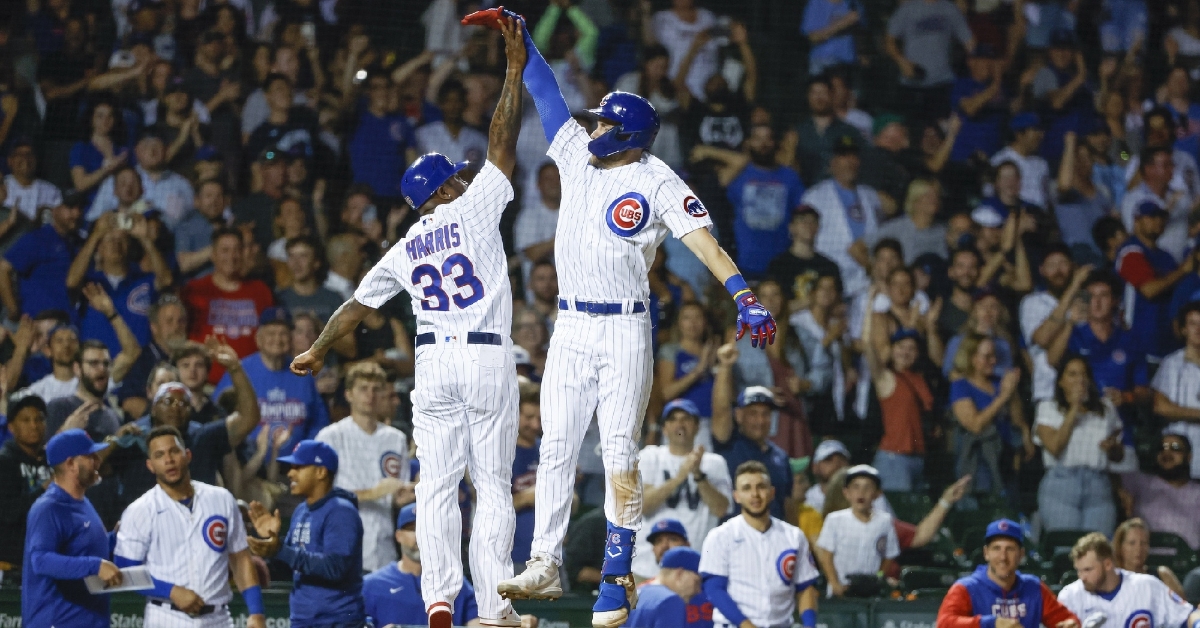 CHICAGO - For the better part of the last three years, and you could even say for the second half of 2018 on, the Milwaukee Brewers (32-19) have dominated the rivalry with the Chicago Cubs (20-29). With their mix of power arms across the pitching staff and a lineup that seems to come up clutch every game, it shouldn't come as a surprise to anyone that this team is one of the better teams in the National League.

After going 15-4 against the Cubs last season and winning their final 11 matchups, things have leveled out a little more this season, but the Brewers are still the superior team. Give the Cubs some credit, however, as they have been competitive even in their losses for the most part. That shows the fans that they may not be as far off from contending as everyone thinks.

Coming off a doubleheader sweep on Monday, the Brewers were looking to take a 3-0 series lead as Eric Lauer opposed Justin Steele. Throughout the season, we have seen the worst of Steele and the best of Steele, whereas Tuesday night was somewhere in the middle. From a command side, four walks and six strikeouts across five innings is a little too much, but when you only allow three runs on three hits, you did more than enough to earn some credit.

Lauer, on the hand, has been one of the bigger surprises among Major League pitchers and absolutely carved up the Cubs in his previous start against them. Not quite as sharp this time, the Cubs got to Lauer chasing him after just four innings of three-run ball. What then became a battle of the bullpens proved to be shaky at best all night, but a late-game homer by Patrick Wisdom proved to be the ultimate difference-maker in the 8-7 Cubs win.

Throughout all the struggles the Cubs have had this season, scoring early hasn't been one of them as Willson Contreras unloaded for his eighth homer in the bottom of the first for the quick 1-0 lead. With the wind blowing out towards left field, everyone knew one run wouldn't be enough, but the Cubs did a great job limiting the Brewers damage.

Already with a massive series under his belt, Tyrone Taylor gave Milwaukee the 3-1 lead in the third, clearing the bases with an RBI double. That is the definition of clutch hitting, as six of the Brewers seven runs came off two hits. Keeping the pressure on Lauer in the fourth, Clint Frazier started things off with a one-out double before advancing to third on a grounder.

That set the stage for Andrelton Simmons, who not only made things 3-2 with the RBI knock, but came home to score on a costly Victor Caratini throwing error later in the inning to bring things back to even 3-3. At the very least, Caratini had a chance to redeem himself, and he did so in a big way by taking Rowan Wick deep in the sixth to put the Brewers back on top 6-3.

For a week, we have seen the Cubs blow countless leads after their bullpen was so strong for so long. To see Milwaukee blow a lead with their pen had to be refreshing as the Cubs know anything is possible. The sixth inning was filled with excitement for the Cubs offense as they hit for the cycle four batters to tie the game.

Nick Madrigal returned from the IL and started things off with a single before PJ Higgins added his second homer of the series to pull the Cubs within 6-5. Christopher Morel followed that up with a triple off the wall and is now on an 11-game hit streak and 14-game on-base streak since coming to the Cubs. That triple was followed by the Contreras double to cap off the cycle as the Cubs were back to even 6-6.

Two batters later saw Frank Schwindel get in on the fun as his double kept the inning alive for the Cubs and put them in front 7-6. Now with the lead late, Brandon Hughes was thrown into the fire and immediately allowed a Christian Yelich triple to put himself in a difficult spot. Following a walk and a strikeout, Hughes was on the verge of getting out of the inning until the Rowdy Tellez single made things 7-7 and ended Hughes' night.

Not only did Mychal Givens close out the seventh, but he made quick work of the Brewers in the eighth as the Cubs were coming to bat off Brad Boxberger. Two batters in saw Wisdom deliver the decisive blow as his long homer gave the Cubs an 8-7 lead with David Robertson warming up. Wisdom had a very effective night at the plate as he saw nearly 40 combined pitches in his at-bats. Looking to bounce back from his blown save on Sunday, Robertson made quick work of the Brewers to set them down in order and gave the Cubs a massive 8-7 win.