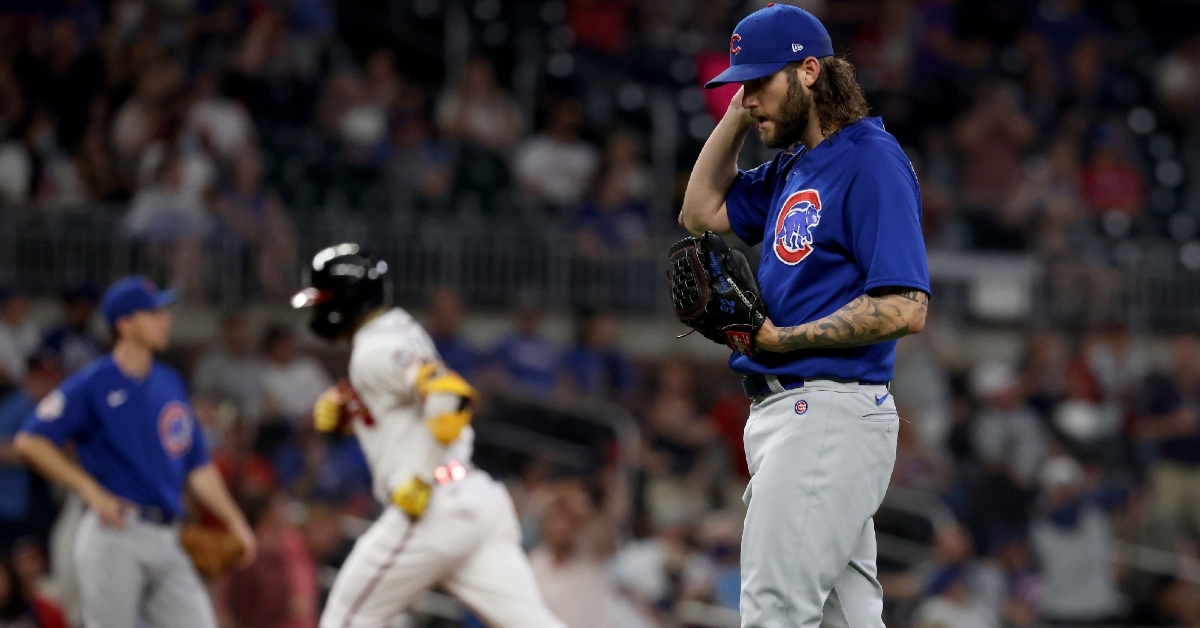 ATLANTA — A listless offensive performance resulted in a shutout loss for the Chicago Cubs (10-13) on Tuesday, as the Atlanta Braves (11-12) scored two runs in the fifth inning and three runs in the eighth inning and won 5-0 at Truist Park. The second contest of a four-game series saw the North Siders' offense tally just two hits and send only a handful of pitches to the outfield all night. Both teams struck out 13 times, but the Cubs never place a runner in scoring position only once in what marked their fourth straight defeat.

Trevor Williams worked out of a jam in the second. Dansby Swanson singled and advanced to third on an Austin Riley double. Guillermo Heredia walked to load the bases, but a strikeout and an inning-ending foulout ensued. Jake Marisnick led off the third with base knock off Ian Anderson and advanced to second base on a one-out sacrifice bunt by Williams. Nico Hoerner then grounded out to leave Marisnick stranded. The game's first run came on a monstrous 481-foot solo shot off the bat of Ronald Acuna Jr. in the bottom of the fifth.

After giving up the Acuna homer, Williams walked Freddie Freeman, who scored when Ozzie Albies doubled off Williams later in the fifth. Cubs batters went nine up, nine down in innings 6-8, and the Braves gained breathing room in the bottom of the bottom of the eighth. Albies doubled off Brandon Workman to lead things off. He went on to score via a Swanson single, and Swanson, who stole second and reached third on a Hoerner fielding error, was plated by a Pablo Sandoval base knock. Workman walked in a run when Freeman drew a base on balls that forced home Riley. Hoerner was credited with a single when a chopper passed under the glove of Swanson in the ninth, but the Cubs failed to score and lost 5-0.