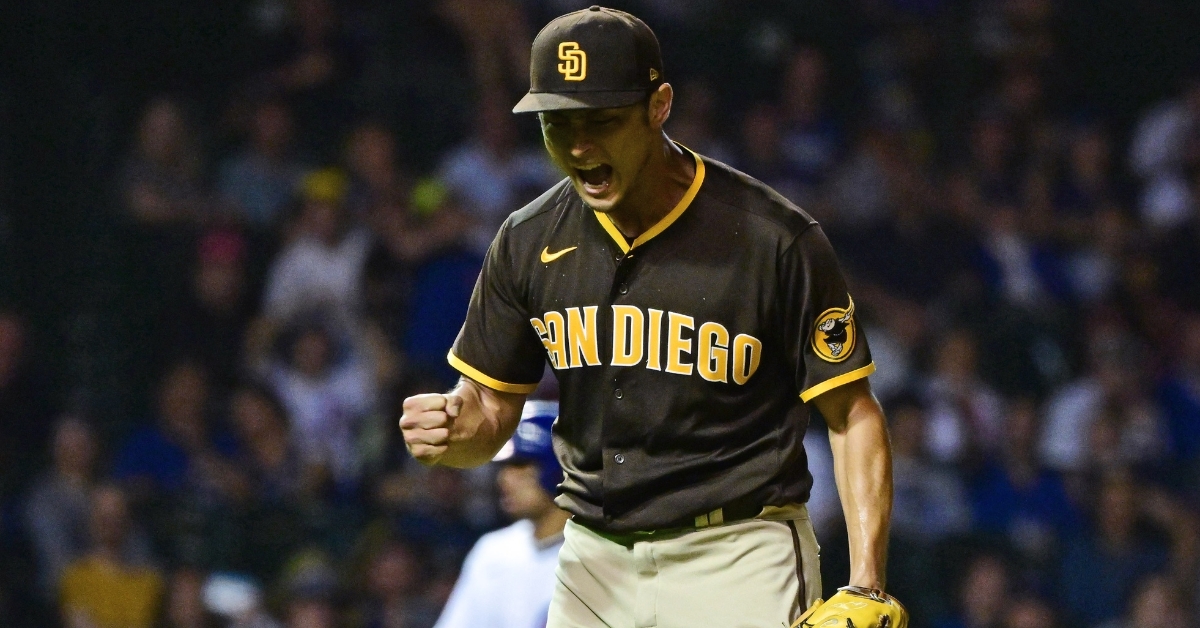 CHICAGO - Wrigley Field was a scary place on Monday as Mother Nature didn't want baseball to be played. With tornado warnings going off pregame and a nearly 90-minute delay, many fans wondered if there would be a game.

Not only was there a game, but fans were treated to an incredible pitching matchup between former Chicago Cub (23-37) Yu Darvish and left-hander Justin Steele. Not only did both pitchers get through seven innings, but the game was tied 1-1 heading into the eighth. That was when the San Diego Padres (38-24) offense came to life as they erupted for four runs off of Rowan Wick. Those runs proved to be the difference as the Padres handed the Cubs their seventh straight loss, 4-1.

If you have been watching this team all season, you are getting a sense of Deja Vu right now, as this was around the same time they lost 11 straight a season ago. Unlike that losing streak that saw them get pounded in virtually every matchup, the Cubs have been competitive during this streak and refuse to go down without a fight.

A big reason for their competitive spirit tonight falls on the hands of Steele, who delivered another great outing. Since talking with Jon Lester, Steele has looked like a different pitcher giving the Cubs back-to-back seven-inning starts. In the process, Steele sacrificed strikeouts and instead focussed on command as he allowed just one run on six hits across his seven frames. Steele struck out three and walked zero as he needed just 77 pitches to get through seven innings.

That right there is the critical part to all of this as Steele was not only efficient, but he threw just 17 balls on the night, pitching to contact and doing what he needed to do. Unfortunately, the offense let him down, but you have to give Darvish some credit for that. Across his eight innings of work, Darvish allowed one run on just five hits to go with seven strikeouts and no walks. Darvish also stranded seven Cubs on base as they went 0-3 with RISP bringing their putrid stretch to 0 for their last 52 with RISP.

"It was, like, a moment between myself and Wrigley Field. I was kind of going through a little bit of a sentimental moment there," Darvish said during postgame interviews.

Wins will not happen when you can't bring guys home, and the Cubs know that, yet they can't do anything about it. Although Steele was great, he did have a bit of a scare in the first inning when Jake Cronenworth singled off his throwing hand, which many felt would force him out of the game. Steele not only stayed in, but managed to toss one of his best games this season.

With the Cubs wasting a scoring chance in the first, Yan Gomes took matters into his own hands as he took Darvish deep to left field to put the Cubs in front 1-0. That lead was short-lived as the Jurickson Profar double in the third set the offense up before he raced around to tie things up on the Cronenworth single. That was the last of the runs for quite a while as both pitchers settled in, with Darvish retiring the next 11 batters he faced before Jonathan Villar reached on an error only to be left stranded.

For Steele, the pivotal inning came in the fifth when he allowed a pair of singles to Ha-Seong Kim and Trent Grisham to start things off, only to retire the next three hitters to keep the Padres off the board. Steele would retire six straight and nine of the last 10 hitters he faced to get through seven innings as he did his part to grab a win.

As the Cubs continued to waste their opportunities, David Ross hoped his bullpen could continue to pitch well, even if recent results haven't shown that. Wick was called on to pitch the eighth as he has been one of their more reliable arms this season. When you walk the leadoff hitter, you are playing with fire, as that was followed by the Cronenworth single to put runners on the corners and no outs.

That set the stage for Manny Machado, who came through with the game-winning hit and put the Padres up 2-1. Two batters later saw Eric Hosmer deliver the final dagger as his double to right field pushed across two more runs as the Padres now led 4-1. That was the end of the road for Wick as Scott Effross entered the game and induced an inning-ending double play.

Looking to make some noise in the eighth, the Cubs began a two-out rally off of Darvish as Christoper Morel, and Willson Contreras picked up singles to put a pair of runners on base. Unfortunately, the trend continued as the Cubs were unable to grab a hit with runners in scoring position and fell by that 4-1 score. Five different players had a hit for the Cubs, while Cronenworth led the way for San Diego with three hits.