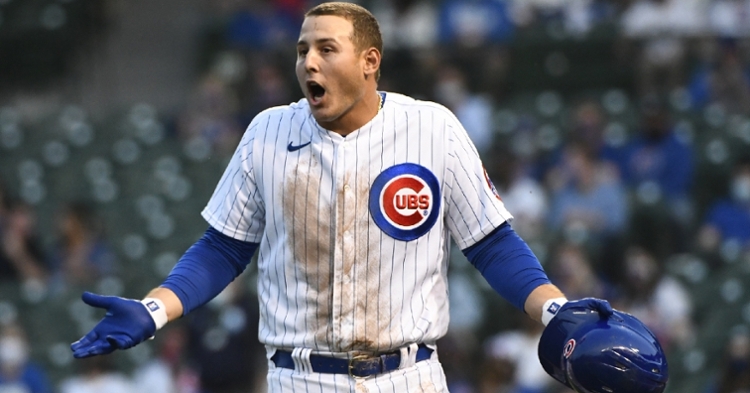 Chicago Cubs President of Operations Jed Hoyer made some headlines when he said that several of the Cubs core wasn't really serious in their negotiations with the ballclub.

“That is the thing that will be my greatest source of frustration from this era,” Hoyer said. “Every one of these guys would say they wanted to stay in Chicago, ‘we want to be a Cub.’ But then we sit down and do negotiations. That wasn’t how they acted.”

Rizzo responded to Hoyer's comments in an interview on Tuesday with ESPN 100's David Kaplan.

"Why? It just sounds like a bad breakup when someone says they’re fine, but they’re really not fine," Rizzo said. "When it comes to the guys on our team and what we did (achievements), and good people, those things cost money. So it comes down to a business. You want your cake, and you want to eat it, too. That’s just how it seemed. I think it can all speak for itself that there’s a common denominator is that no one signed …. We just had such great memories there that, to come out on air and say that doesn’t really make sense, but it is what it is.”

Anthony Rizzo on Jed Hoyer’s comments on Monday morning about the core not wanting to sign extensions.

Obviously, it wasn't a great look by Hoyer to air out publicly some of this, and he clarified his statements on Tuesday night.