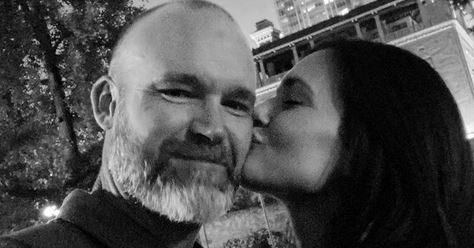 CHICAGO — An Instagram post from Saturday revealed that Chicago Cubs manager David Ross is off the market and dating a special someone. Actress Torrey DeVitto of NBC medical drama "Chicago Med" posted a photo to her Instagram account that shows her giving "Grandpa Rossy" a kiss on the cheek. The picture is captioned, "Love him madly," with a heart emoji at the end, which essentially confirmed the romantic relationship.

Ross, who previously made pop culture headlines by finishing as the runner-up in Season 24 of "Dancing with the Stars" in 2017, is recently divorced. The second-year skipper's divorce from Hyla Ross, his high school sweetheart, wife of 15 years and father of his three kids, was finalized in February.

DeVitto was also newly single, as her relationships with "Blue Bloods" actor Will Estes ended not too long ago. She recently attended a Cubs game at Great American Ball Park in Cincinnati to watch Ross and the North Siders take on the Cincinnati Reds. DeVitto's Instagram post from that experience seemed to imply that she and Ross were an item, and it has now been confirmed. Love is officially in the air at the Friendly Confines!