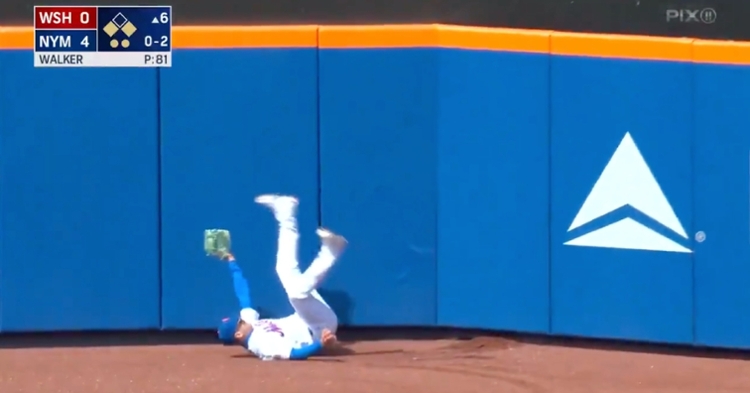 NEW YORK — Center fielder Albert Almora Jr. made a name for himself with the Chicago Cubs as a tremendous defensive player. Now in his first year with the New York Mets, Almora has been primarily used as a defensive substitution in the outfield this season, and he showcased what makes his defensive prowess so special by robbing another former Cub of what would have likely been a two-run, extra-base hit on Sunday afternoon.

With the Mets leading the Washington Nationals 4-0 at Citi Field in the top of the sixth, the Nats boasted runners on the corners with two outs and left fielder Kyle Schwarber, who also departed the Cubs in the offseason, at the plate. Schwarber smacked a rope to the warning track in center field, but Almora chased it down and make a tremendous leaping grab while crashing into the wall. Almora was able to hang onto the ball and complete the catch, thus preventing Schwarber from putting the Nationals on the scoreboard.