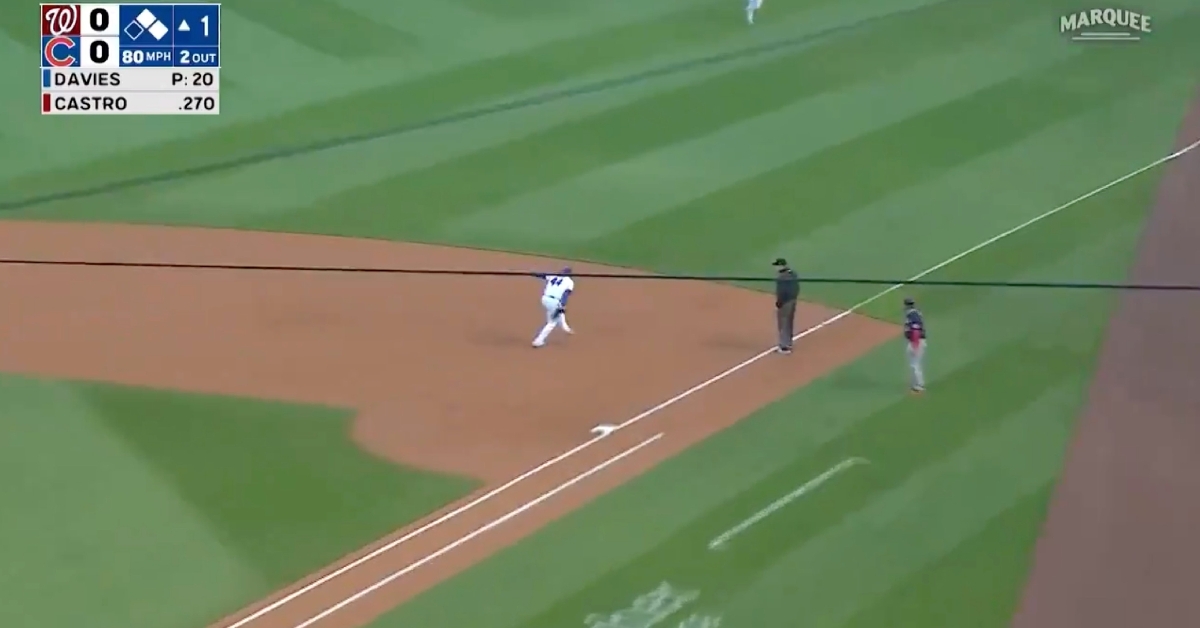 Anthony Rizzo elevated and caught a line drive drilled off the bat of Starlin Castro.

CHICAGO — Showing off his hops, Chicago Cubs first baseman Anthony Rizzo robbed former teammate and good friend Starlin Castro of a potential RBI knock to end the top of the first on Tuesday. Rizzo leaped and snagged a hard-hit liner scorched off the bat of the Washington Nationals third baseman, who made three All-Star teams while playing shortstop for the Cubs from 2010-15.

The lineout came with two outs and runners on first and second at Wrigley Field. Left fielder Kyle Schwarber, who played with Castro and Rizzo as a Cub, was walked by starter Zach Davies in the previous plate appearance. He and first baseman Ryan Zimmerman were left stranded by Rizzo's web gem, and the score remained 0-0.

He's won a Platinum Glove for a reason. pic.twitter.com/ZI1pn90QF2

For what it is worth, earlier in the inning, second baseman Nico Hoerner made a stellar diving stop on the outfield grass for the second straight night. Zimmerman was able to beat out Hoerner's throw for a single, though. However, Rizzo gloving Castro's line drive prevented Zimmerman from scoring from second.