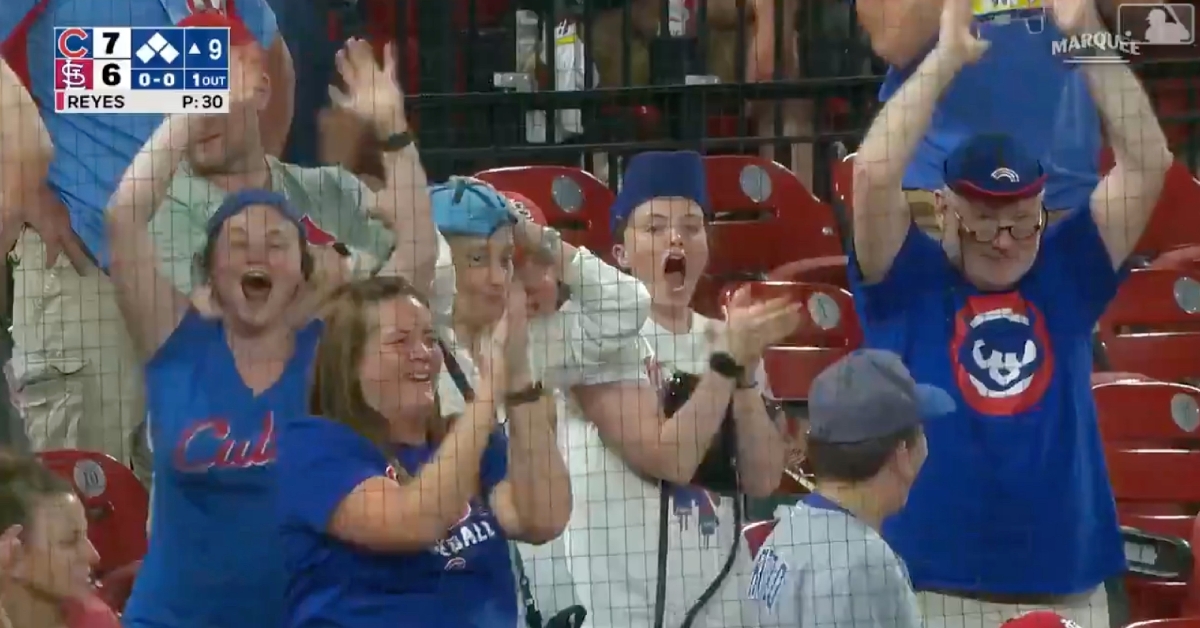 After a bevy of fans had already exited the ballpark, those who remained witnessed an astounding comeback.

ST. LOUIS — Heading into the ninth inning at Busch Stadium on Tuesday, the Chicago Cubs trailed 6-1, but a bullpen implosion by the St. Louis Cardinals resulted in a stunning come-from-behind win by the North Siders. Luis Garcia and Alex Reyes struggled on the mound, giving up six runs, and the Cubs, who plated three runs in the ninth to defeat the Arizona Diamondbacks in comeback fashion on Saturday, stunned the Redbirds with a 7-6 victory.

Reyes entered with the bases loaded and no outs and walked Sergio Alcantara to force home Patrick Wisdom, who reached base due to a dropped third strike. Following a strikeout of Willson Contreras, Reyes issued another bases-loaded walk, with Anthony Rizzo taking first and Nico Hoerner scoring. Javier Baez then hit a two-run single up the middle, plating Jake Marisnick and Alcantara.

Reyes remained on the mound with the Cardinals clinging to a one-run lead and runners on first and second with one out. Ian Happ proceeded to smack a double down the right field line, plating Rizzo and Baez and providing the Cubs with their first lead since the score was 1-0 in the bottom of the third.

Giovany Gallegos then relieved Reyes, who suffered a blown save for the first time in his career, and drew two consecutive outs to stop the bleeding, but enough damage had been done. Craig Kimbrel sat the Redbirds down in order in the bottom of the ninth to finish off the Cubs' miraculous 7-6 triumph. Prior to the victory, the Cubs had not won a game in which they trailed by five or more runs through eight innings since 1979.