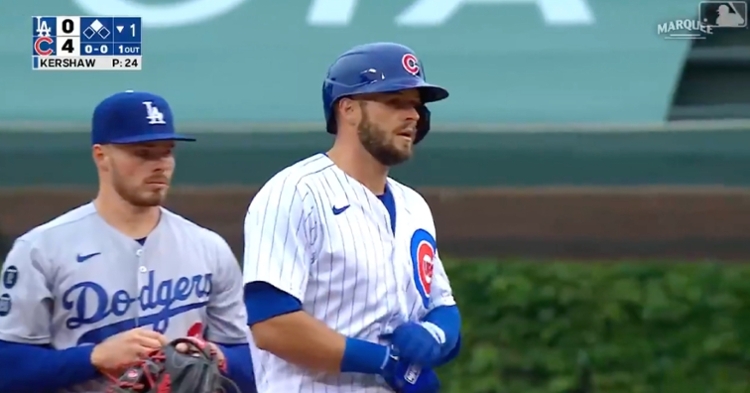 David Bote placed the Dodgers in an early bind by slugging a three-run double in the first inning.

CHICAGO — Entering the opener of Tuesday's doubleheader at Wrigley Field, Los Angeles Dodgers ace Clayton Kershaw had given up four or more runs in the first inning only once in his illustrious career, and it happened in 2008, his rookie year. The second such occurrence came courtesy of the Chicago Cubs on Tuesday afternoon, as the veteran lefty got taken for four runs in the opening frame.

Third baseman David Bote opened the proverbial floodgates in the bottom of the first by smacking a three-run double off the left field wall. The bases-clearing two-bagger put the Cubs up 4-0. Bote nearly slugged a grand slam, with the double hitting near the top of the wall.

First baseman Anthony Rizzo, shortstop Javier Baez and left fielder Matt Duffy scored via Bote's double. Rizzo put the Cubs up 1-0 earlier in the frame with an RBI single that plated right fielder Kris Bryant. Bote, who doubled on an 88-mph four-seamer, now has four doubles and 13 RBIs on the season.