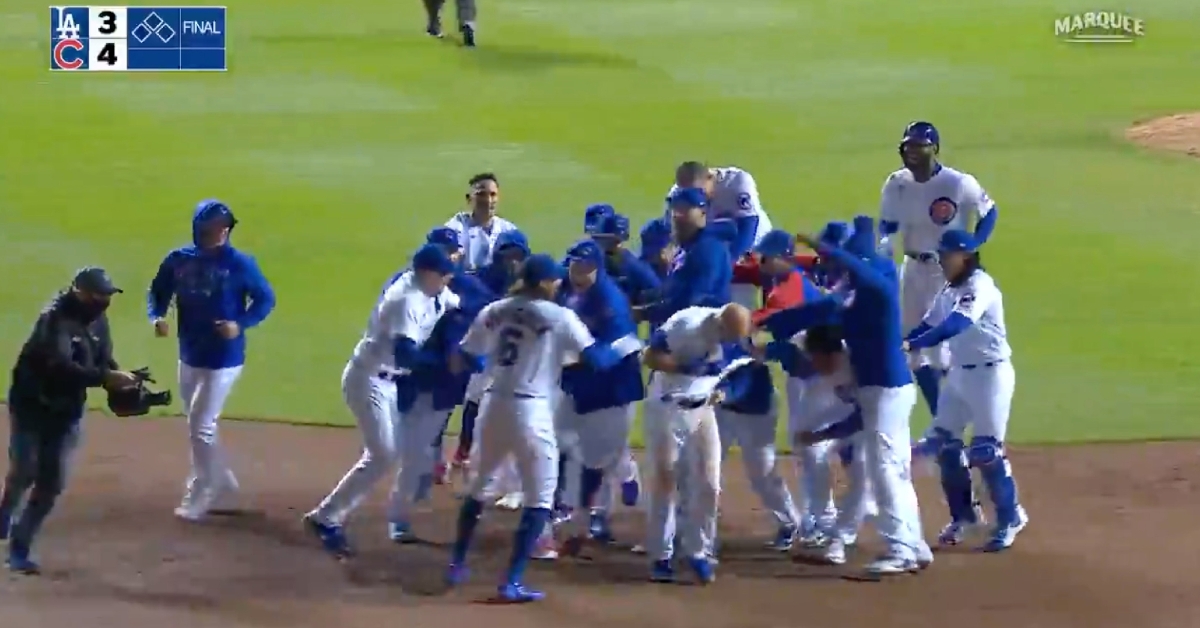 David Bote celebrated with his teammates after winning the game for the Cubs via a walkoff single.

CHICAGO — Winning in walkoff fashion after being down to their final out in the previous inning, the Chicago Cubs defeated the Los Angeles Dodgers in an extra-inning thriller. The nightcap of Tuesday's doubleheader lasted nine innings, making it an extended game by current extra-inning standards, and third baseman David Bote ended it with a walkoff single given up by reliever Garrett Cleavinger. The RBI base hit plated outfielder Kris Bryant and led to Bote being mobbed on the infield by his celebratory teammates.

In the bottom of the eighth, shortstop Javier Baez kept the Cubs alive with a game-tying two-run blast, which he hit with two outs. After the Dodgers failed to score in the top of the ninth, Bote provided the North Siders with a 4-3 victory in the bottom of the ninth. Bryant, who began the half-inning at second and advanced to third on an Anthony Rizzo groundout, scored with ease on Bote's one-out base knock to right. As a result, Bote increased his RBI total to 15.