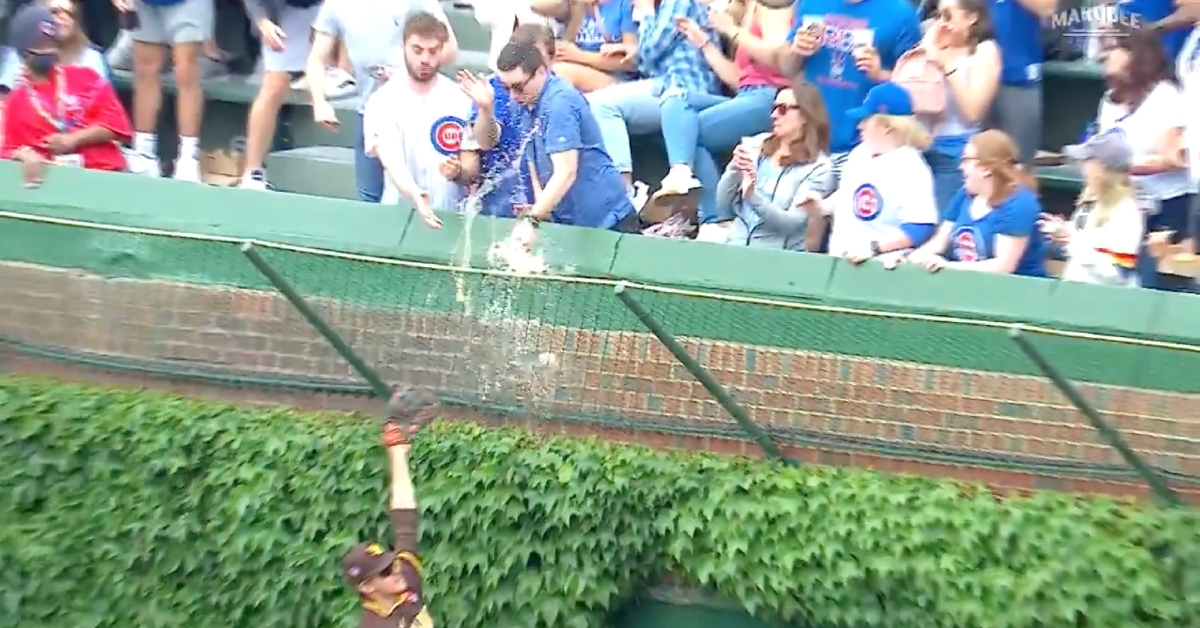 Was this fan planning to continue drinking the beer after a baseball landed in it? The world may never know.

CHICAGO — On Sunday, a Chicago Cubs fan at Wrigley Field wowed onlookers with a one-handed catch of a foul ball, which he pulled off while holding a cup of beer in the other hand. The opposite occurred on Monday, with a fan losing his beverage by trying to catch a home run hit by Cubs first baseman Kris Bryant with his beer cup.

The 369-foot two-run jack at the Friendly Confines plated pinch hitter Sergio Alcantara, a Cubs newcomer who hit a leadoff double not long before that, putting the Cubs up 5-1 over the San Diego in the bottom of the fifth. Starter Chris Paddack, who gave up lengthy blasts to shortstop Javier Baez and third baseman Patrick Wisdom in the third and fourth innings, respectively, was taken deep by Bryant, who now has 12 home runs and 36 RBIs, on a 96.4-mph four-seamer.

Bryant's opposite-field dinger to right landed in the basket atop the wall after leaving the bat at 97.4 mph and 31 degrees but only after knocking the plastic cup from the fan's hand. The failed attempt at catching a baseball in a cup may have forced the fan to buy another beer — as the ill-fated beer spilled out and even landed on Padres right fielder Wil Myers — it did not cost the fan from obtaining a souvenir. Warding off another Cubs supporter, the fan came up with the ball, making his beer spillage worthwhile.