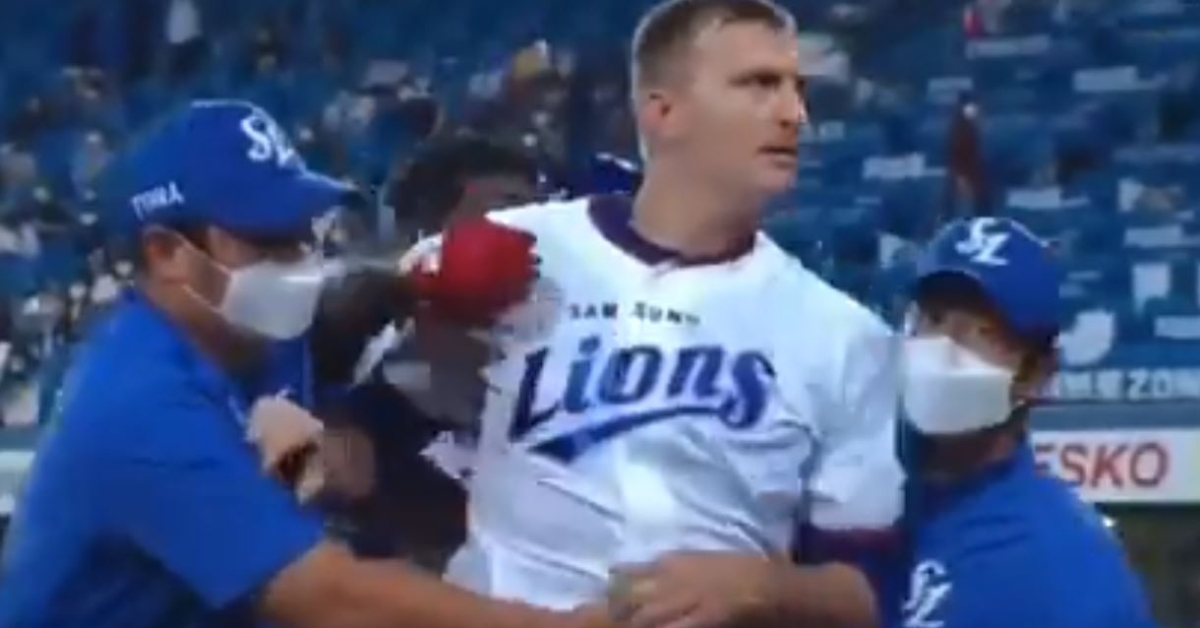 Montgomery was not happy with the umpire

Pitcher Mike Montgomery was forever be remembered on the Northside for being a key contributor to help the Cubs win the 2016 title.

However, he will likely be remembered for something totally different in the KBO league.

'Monty' was upset about something during last night's ballgame and ran after the home plate umpire, threw a rosin bag at him, and connected.

His teammates had to restrain him, and he was still mad when they got him back to the dugout.

Former #Cubs LHP Mike Montgomery made a run at home-plate umpire and threw a rosin bag and connected. He was warned about ‘12 second pitch rule’ and maybe that’s why he got upset? Highly unlikely that he’s going throw another pitch in #KBO after this. #SamsungLions pic.twitter.com/OXE8ITlFEm