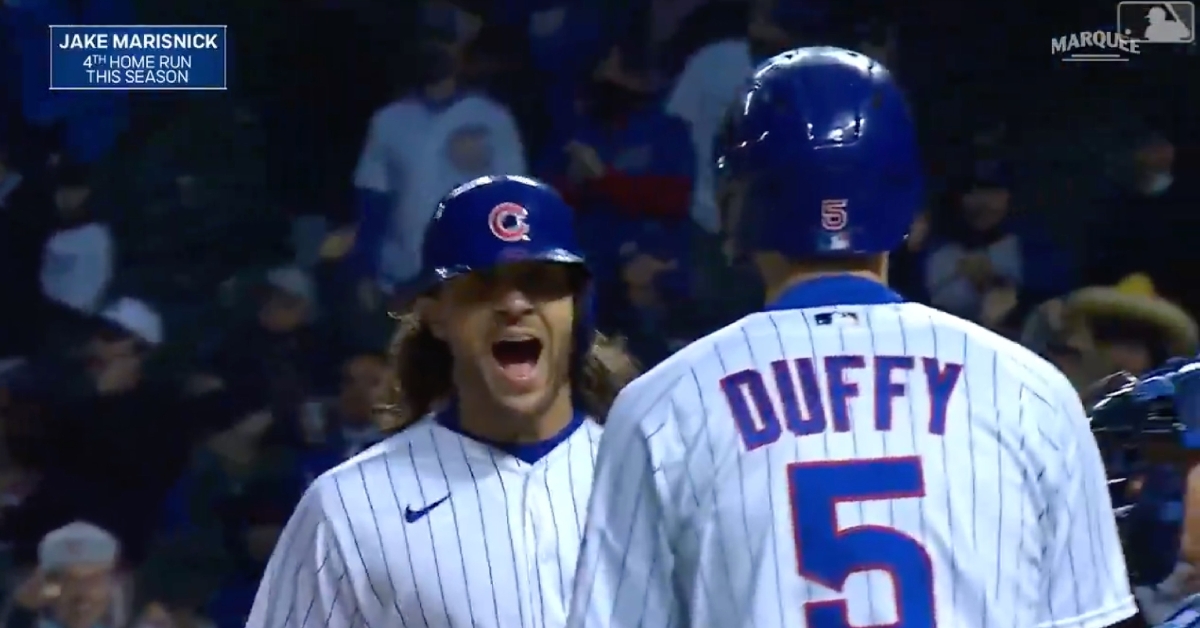 Jake Marisnick, who now has 14 RBIs, plated Matt Duffy with a two-run jack in the bottom of the fifth.

CHICAGO — Putting the Chicago Cubs on the scoreboard at Wrigley Field, center fielder Jake Marisnick hit a game-tying home run with two outs in the bottom of the fifth on Wednesday. After dominating for 4 2/3 innings pitched, Los Angeles Dodgers starter Walker Buehler gave up a two-run jack that leveled the score at 2-2.

Marisnick's fourth homer of the year carried 399 feet out to center field. Third baseman Matt Duffy singled in the previous at-bat. Buehler got taken deep on a 91.1-mph cutter. The two-run blast sported an exit velocity of 103.2 mph and a launch angle of 24 degrees.