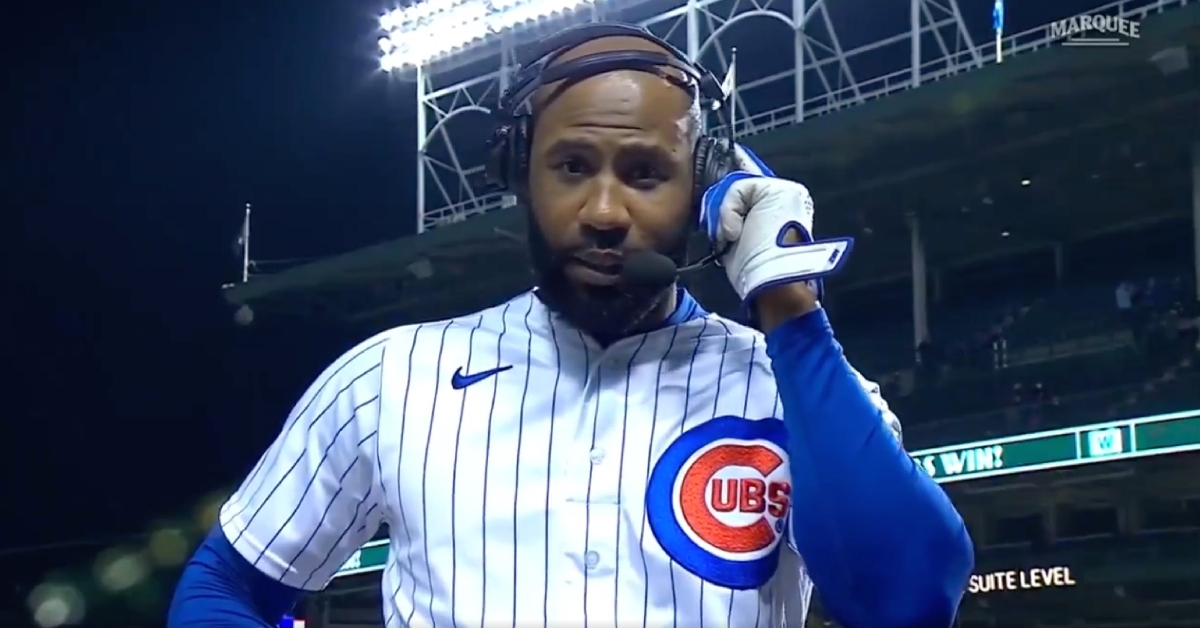 After hitting a walkoff single, Jason Heyward let viewers know how he really felt in his on-field interview.

CHICAGO — In 2019, Chicago Cubs right fielder Jason Heyward famously and hilariously cursed in his on-field interview after hitting a walkoff grand slam at the Friendly Confines to beat the Philadelphia Phillies 7-5 in 11 innings. "J-Hey" dropped the same expletive after tallying another walkoff hit on Thursday night, throwing the s-word in at the end of his postgame chat with Marquee Network reporter Taylor McGregor.

Heyward drove a walkoff single into right field to beat the New York Mets 4-3 in 10 innings. After celebrating with his teammates at a lively Wrigley Field, the veteran slugger discussed the Cubs' offensive struggles coming into the three-game sweep over the Mets and pointed out that it it still early in the season before saying that he and his teammates should "keep trusting our s---."

Jason Heyward is such an amazing leader. ????

Shortstop Javier Baez scored from third base on Heyward's clutch knock in the bottom of the 10th. Heyward actually did not start on either Wednesday or Thursday and was used as a pinch hitter in extras in the series finale. Heyward and the Cubs will assuredly look to build off their first series sweep — and first walkoff win — of the season moving forward.