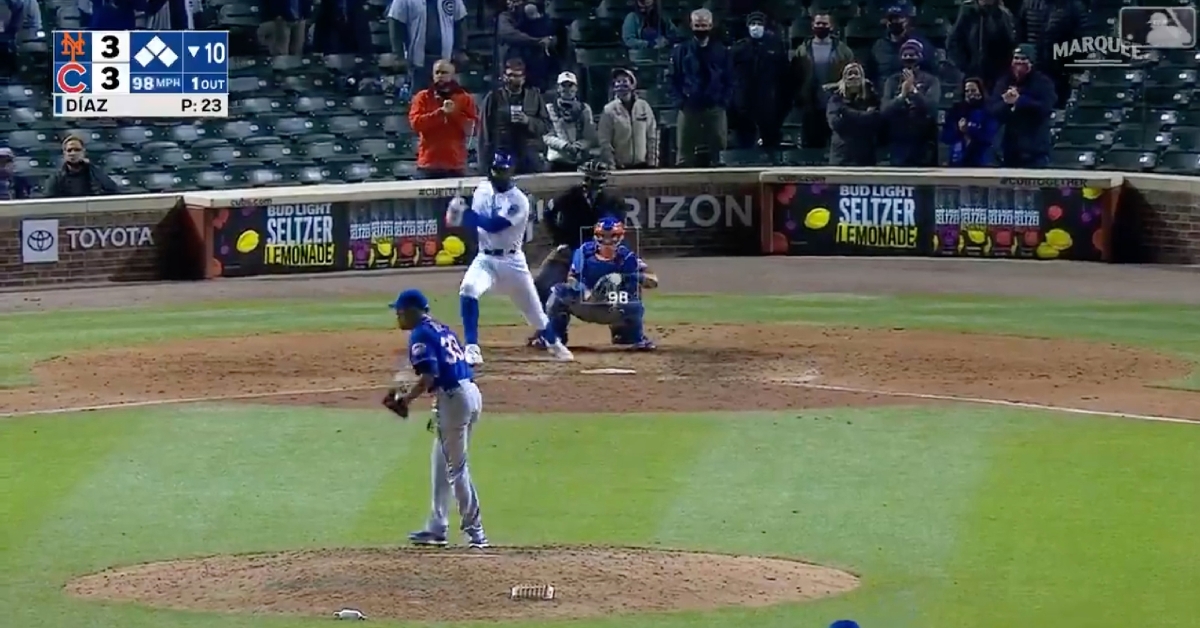 CHICAGO — Securing the Chicago Cubs' first sweep of the season, Jason Heyward smacked a walkoff base knock in the bottom of the 10th on Thursday. Heyward was not in the starting lineup for the second straight game, but his only plate appearance of the night was arguably the most important at-bat of the game.

After an intentional walk of pinch hitter Eric Sogard loaded the bases with one out, Heyward faced New York Mets closer Edwin Diaz with the bases loaded and came through in the clutch. Heyward's single to right field plated shortstop Javier Baez, and the Cubs won 4-3 in 10 innings.

Heyward's game-winning hit provided the Cubs with their first extra-inning victory, walkoff victory and series sweep of the season. The Cubs swept the Mets in the three-game affair at Wrigley Field. Baez scored the winning run of the series finale after beginning the bottom of the 10th at second base, per extra-inning rules. He then reached third base on a sacrifice bunt by second baseman David Bote, and Heyward plated Baez with his seventh career walkoff hit.