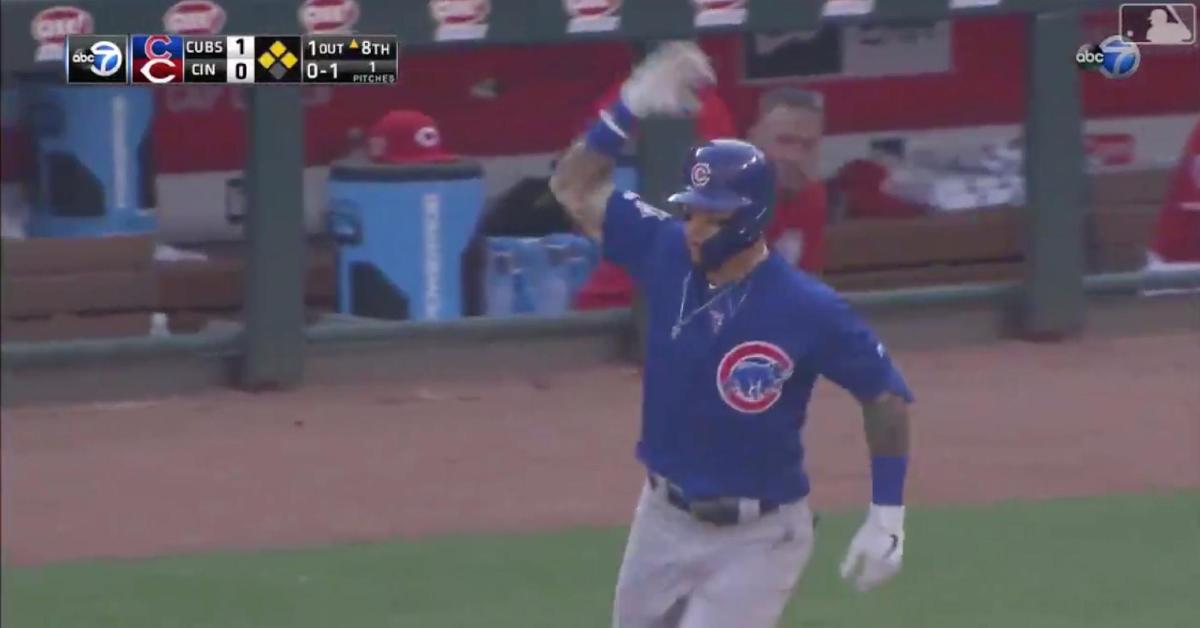 CINCINNATI — Smacking a pivotal grand slam in the top of the eighth on Saturday, Chicago Cubs shortstop Javier Baez provided his team with plenty of breathing room over the Cincinnati Reds at Great American Ball Park. Knocking a 351-footer out beyond right field, Baez put the Cubs up 5-0. Baez's fifth career grand slam increased his homer total to 20 and RBI total to 55.

Reaching down and making contact on a sinker at the bottom of the strike zone, Baez skied the bases-clearing bomb out at an angle of 26 degrees. Having a little fun with Reds right fielder Yasiel Puig, who is quite the character, Baez playfully taunted Puig by doing the motion that coaches typically do when instructing outfielders to back up, implying that Puig was not playing far enough back.

And thousands of fans in blue at Reds ballpark stand and cheer as he takes the field in the bottom of eighth -- then a few more "Ja-vy" chants.