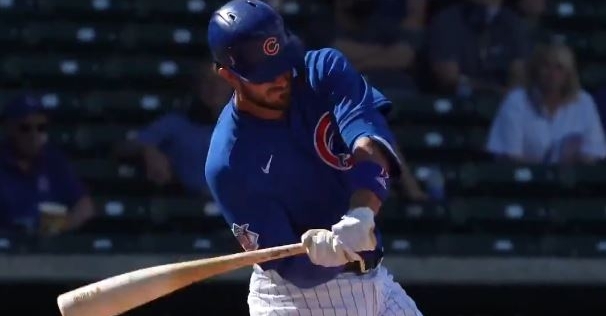 Not any longer as he crushed a solo homer to left field to put the Cubs up 4-1 in the sixth inning against the Colorado Rockies.

David Ross said during pregame availability that Bryant was doing well in the batter's box.

"I talked to him at length," Ross said. "I think he's happy with the way he's seeing the ball. He is taking his walks. I think he's looking to drive the ball a little bit more. I think there's a lot of guys that would tell you that right now. But, I think it's the first progression of where he wants to be."

Check out the dinger below:

Kris Bryant's first HR of the Spring is crushed! ????

A few great shots of the homer: