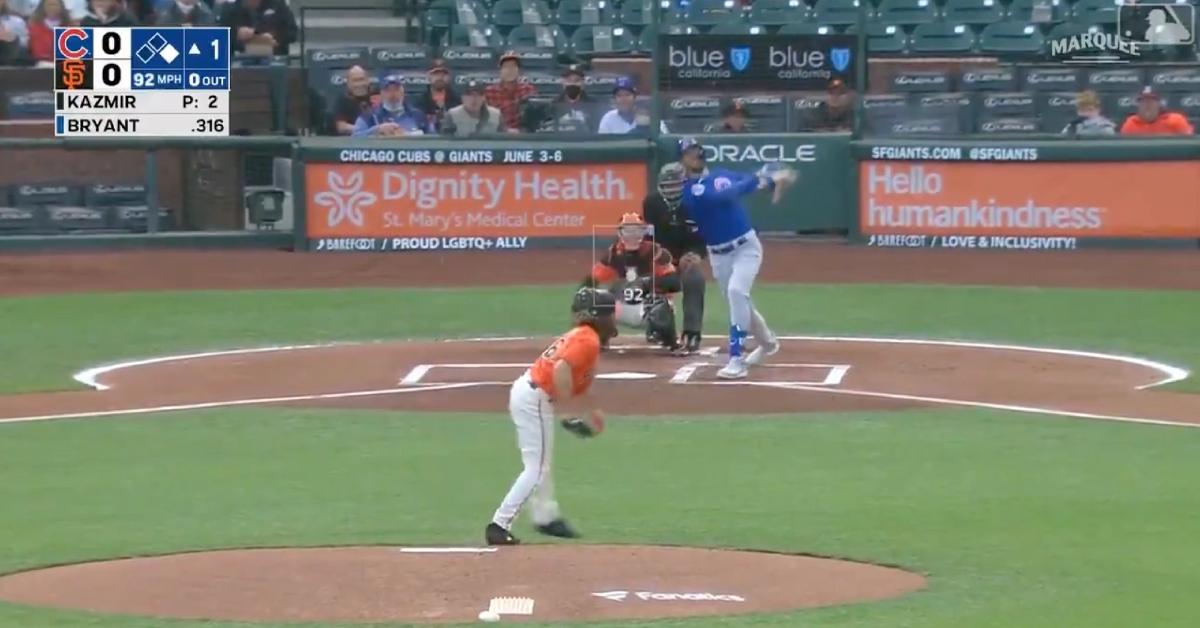 Kris Bryant increased his RBI total to 38 with a first-inning home run off Scott Kazmir.

SAN FRANCISCO — Opening the scoring with a two-run jack off San Francisco Giants starter Scott Kazmir, Chicago Cubs right fielder Kris Bryant put the North Siders up 2-0 at Oracle Park on Friday. Bryant's 13th home run of the year, the 387-footer to left plated catcher Willson Contreras in the top of the first.

Contreras began the game with a single, and Bryant followed that with his round-tripper. Leaving the bat at 102.9 mph and 38 degrees, the blast came on a 91.9-mph four-seamer. The Cubs also scored via a two-run bomb in Thursday's series opener versus the Giants, with left fielder Joc Pederson homering into McCovey Cove.