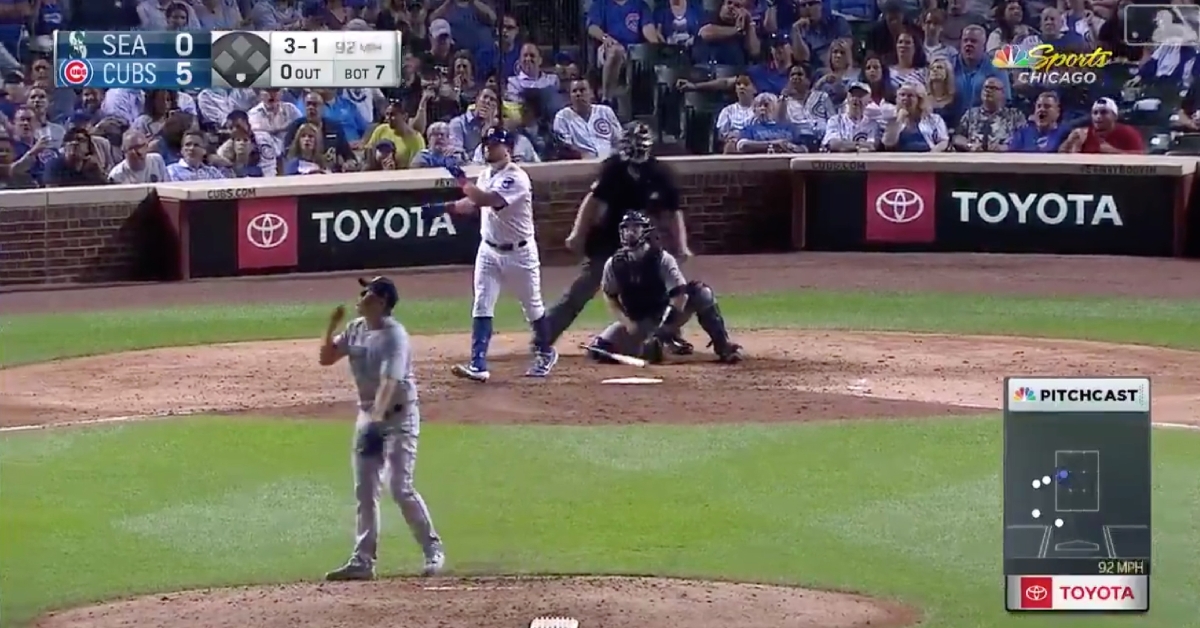 After drilling a 412-foot moonshot, Kyle Schwarber was quick to drop his bat while marveling at his handiwork.

CHICAGO — Chicago Cubs left fielder Kyle Schwarber made such great contact on a 412-foot home run that he slugged on Tuesday that he did not even need to follow all of the way through on his swing. With his 33rd homer of the season, Schwarber put the Cubs up 6-0 over the Seattle Mariners and dropped his bat before leaving the batter's box.

Like the true gentleman that he is, Schwarber checked with the Mariners' catcher when he reached the plate on his home-run trot in order to make sure that the bat did not make contact with him after it was dropped.The showboating by Schwarber was warranted, though, as the towering solo bomb that he hit sailed out beyond right field in a hurry. Leaving the bat at 104 miles per hour and 32 degrees, the dinger off Mariners reliever Erik Swanson led off the bottom of the seventh at Wrigley Field.