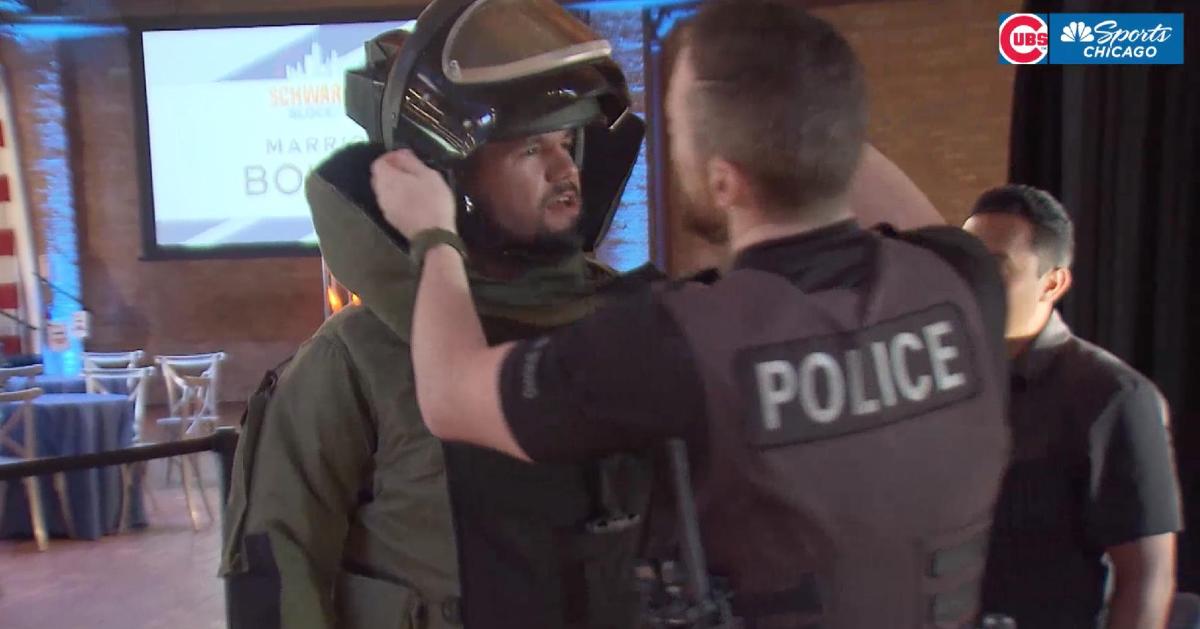 CHICAGO — On Friday night, Chicago Cubs left fielder Kyle Schwarber hosted his third annual Schwarber's Block Party, which is a charity event that benefits first responders. The event was held at Rockwell on the River in Chicago, and Schwarber was thrilled to be hosting it.

"I have a great satisfaction of being able to meet all these men and women," Schwarber said of having the opportunity to fraternize with the numerous first responders in attendance at the event.

"That's kind of where I got the first clubhouse feel," Schwarber said of hanging around his dad's police station as a kid. "I have a good amount of respect for all of our servicemen and women."

Schwarber's sister is an active-duty police officer, so Schwarber has a deep attachment to the first-responder community. Several current and former Cubs players, including retired starting pitcher Ryan Dempster, attended the event, which had a substantial turnout.