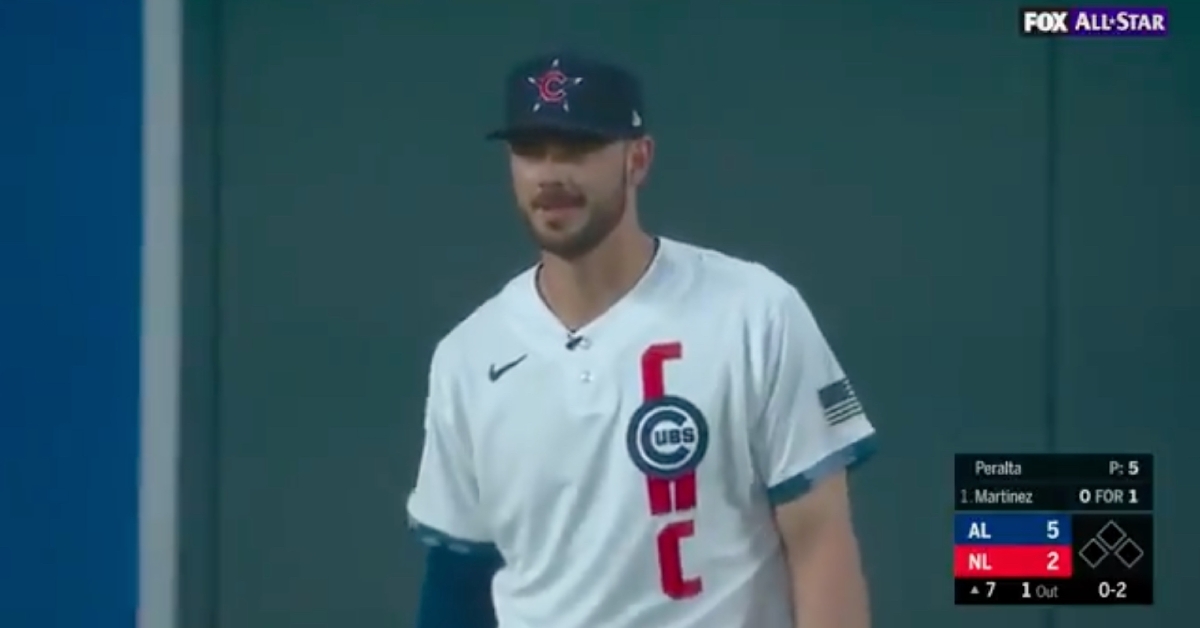 "I still got the Cubs on my chest, and I'm proud of that," Kris Bryant said during the All-Star Game broadcast.

DENVER — Kris Bryant took over in left field at the start of the sixth inning of Tuesday's All-Star Game. During the top of the seventh, the Chicago Cubs star was mic'd up while playing in the Coors Field outfield, and FOX announcers Joe Buck and John Smoltz interviewed him.

Buck asked Bryant about how he stays concentrated on baseball while his status with the Cubs is up in the air. Bryant responded by stating that playing a variety of different defensive positions, which he has done throughout the season, has helped because it presents a new challenge on a regular basis.

The third-baseman-by-trade then shared some kind words about his organization, discussing his pride in wearing a Cubs uniform and representing the city of Chicago. Although Bryant's days with the Cubs may be numbered, the slugger is clearly not letting the trade rumors affect his passion for the game and giving it his all, which is admirable.

Kris Bryant says playing all over the place helps block out some of the noise to focus.

"Right now, I still got the Cubs on my chest and I'm proud of that. Proud to play for such an unbelievable city. And until they tell me I'm not, I'm gonna go out there and give it all I got." pic.twitter.com/MkTgaLBP81