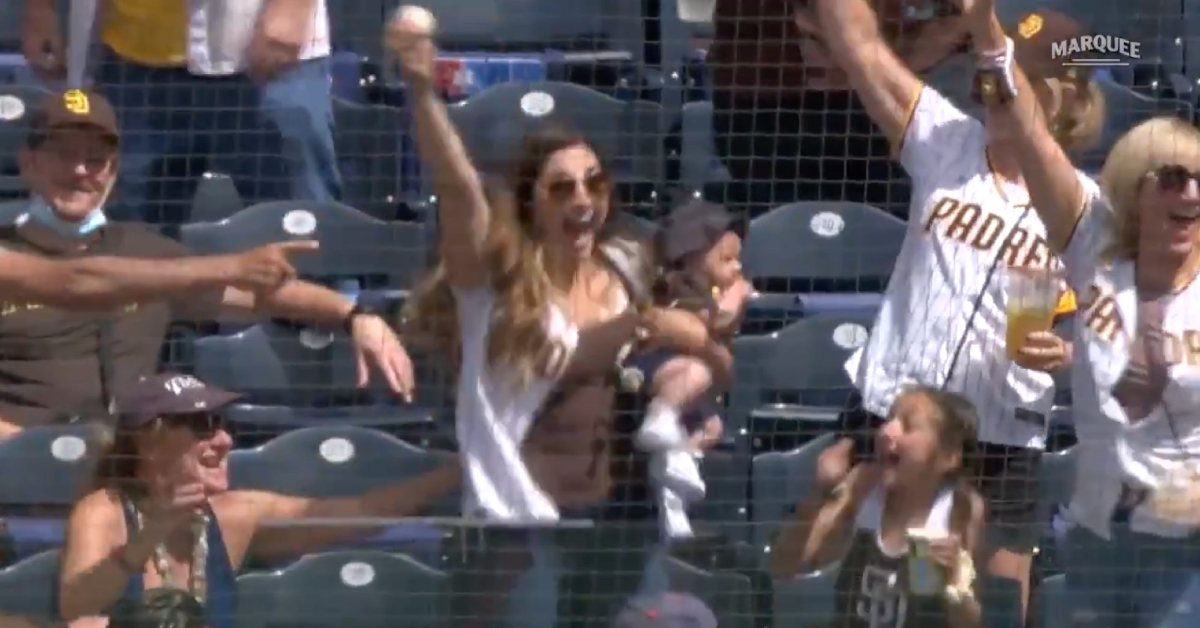 A multitasking mom in the stands at Petco Park caught a foul ball off a hop while holding her baby.

SAN DIEGO — The potential leading candidate for the best fan catch of the year happened at Petco Park on Wednesday. A lady, presumably a mom, holding a baby reached up and snagged a foul ball hit by Chicago Cubs pinch hitter Jake Marisnick in the top of the sixth, giving new meaning to multitasking.

The remarkable play saw the mom get a bead on the foul ball as it ricocheted off an awning on the first base side and bounced multiple times before ending up in the woman's outstretched right hand. While the lady celebrated her impressive feat, the baby was as cool as a cucumber. Marisnick struck out swinging with San Diego Padres starter Yu Darvish, a former Cub, toeing the rubber, but the plate appearance was defined by the super mom in the stands.