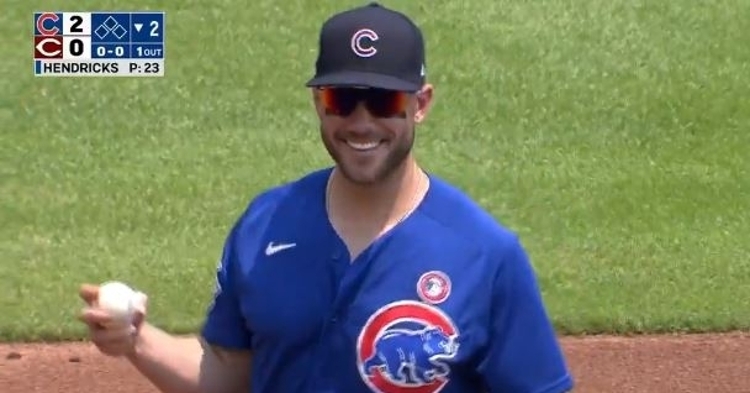 Wisdom showing off his overall game

Cubs third baseman Patrick Wisdom was named the National League Rookie of the Month recently for his impressive performance during June.

To celebrate on Sunday, Wisdom had a nice web gem in the second inning, sliding to catch the groundball and showing off his strong arm throwing a strike to first baseman Anthony Rizzo.

"I feel like there's no part of his game that I can really criticize," Cubs manager David Ross said to the media recently.

Check out his web gem below: