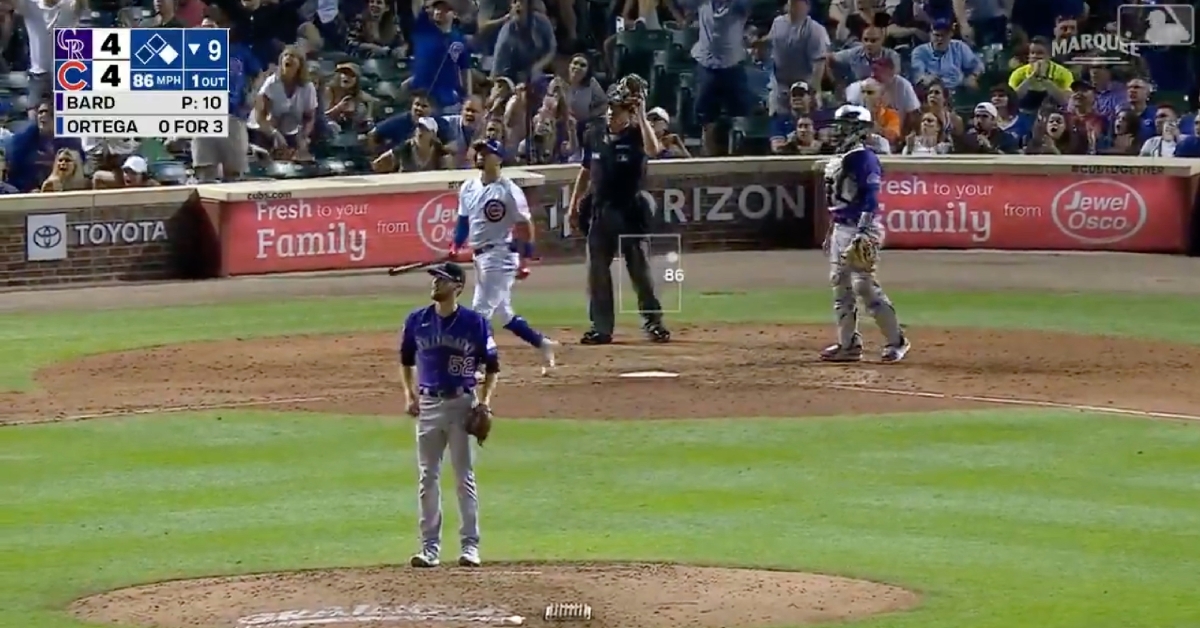 The Rockies took a 3-0 lead in the top of the first and later led 4-1 before the Cubs plated three runs in the bottom off the eighth to even the score. Pinch hitter Jason Heyward opened the bottom of the ninth with a single off Daniel Bard, who then struck out pinch hitter Matt Duffy. Ortega proceeded to go yard for the seventh time on the season.

Ortega's lone hit of the night, the two-run shot, which plated Heyward, came on an 86.1-mph slider from Bard, with Ortega hammering a 376-footer to right field with one out. The walkoff blast came on a full count and was walloped off the bat at 99.3 mph and 33 degrees. Ortega now has 21 RBIs on the year, and the Cubs' lengthy home losing stretch is over.