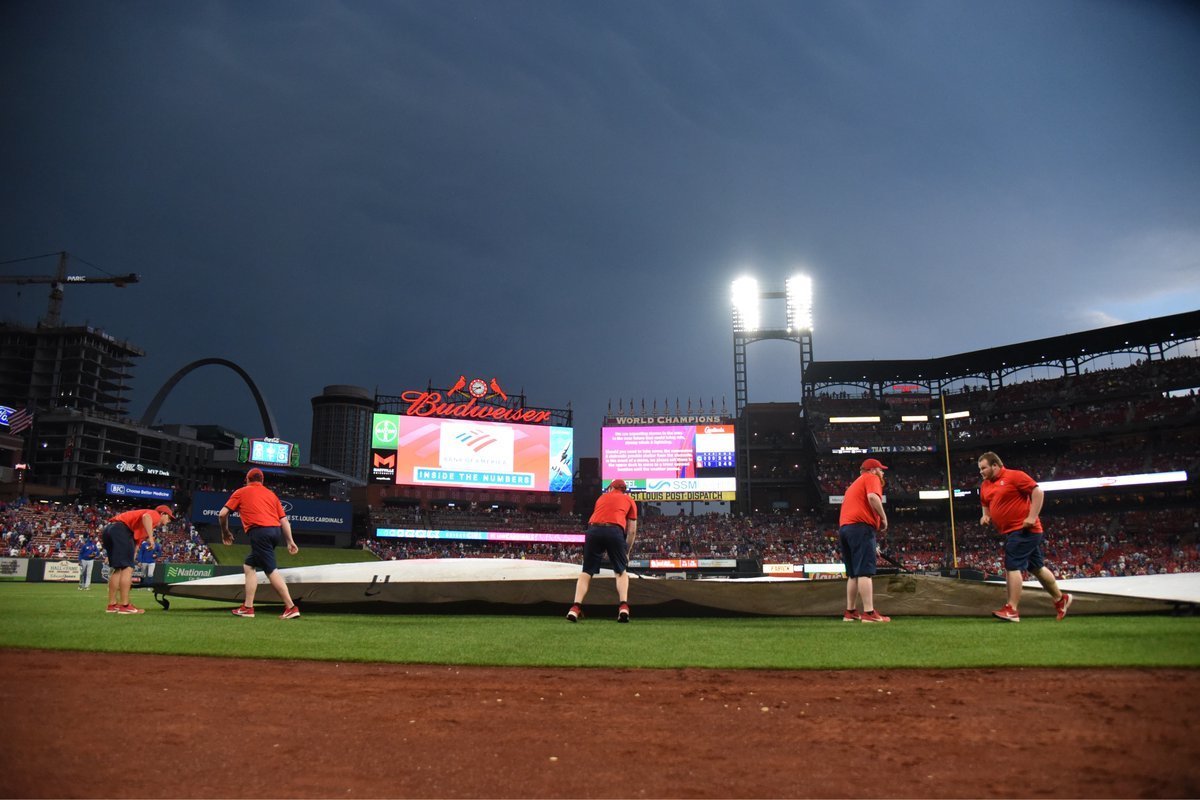 The Chicago Cubs had their matchup with the St. Louis Cardinals halted due to the threat of rain. (Credit: Jim Young-USA TODAY Sports)

The matchup at Busch Stadium on Saturday night between the Chicago Cubs and the St. Louis Cardinals entered a weather delay midway through the fifth inning. The game was tied 2-2 at the time of the delay.

Ominous clouds loomed overhead for several innings before officials decided to initiate a delay in advance of severe weather. Lightning in the area was another factor behind the delay. The grounds crew covered the field with the tarp prior to the start of the bottom of the fifth. There was no immediate word regarding when the game could potentially resume.

Over 2 1/2 hours into the rain delay, the Cubs announced that, weather permitting, the game was expected to resume at approximately 11 p.m. CDT. and later clarified that it would resume around 11:20 pm CDT. Following a delay of just over 3 1/2 hours, play resumed in "The Lou," with both starting pitchers being replaced on the mound and far less fans in the seats.

They've delayed the game here in St. Louis as the @StLouisBlues game has begun.

Such a hockey town. pic.twitter.com/QUqdds56hl

Cards say they do anticipate playing again tonight but no update on a re-start time.

More storms firing NW of St. Louis. Going to be a very late night for the #Cubs & #Cardinals if they try to get this one in. pic.twitter.com/UW64XuDXjr