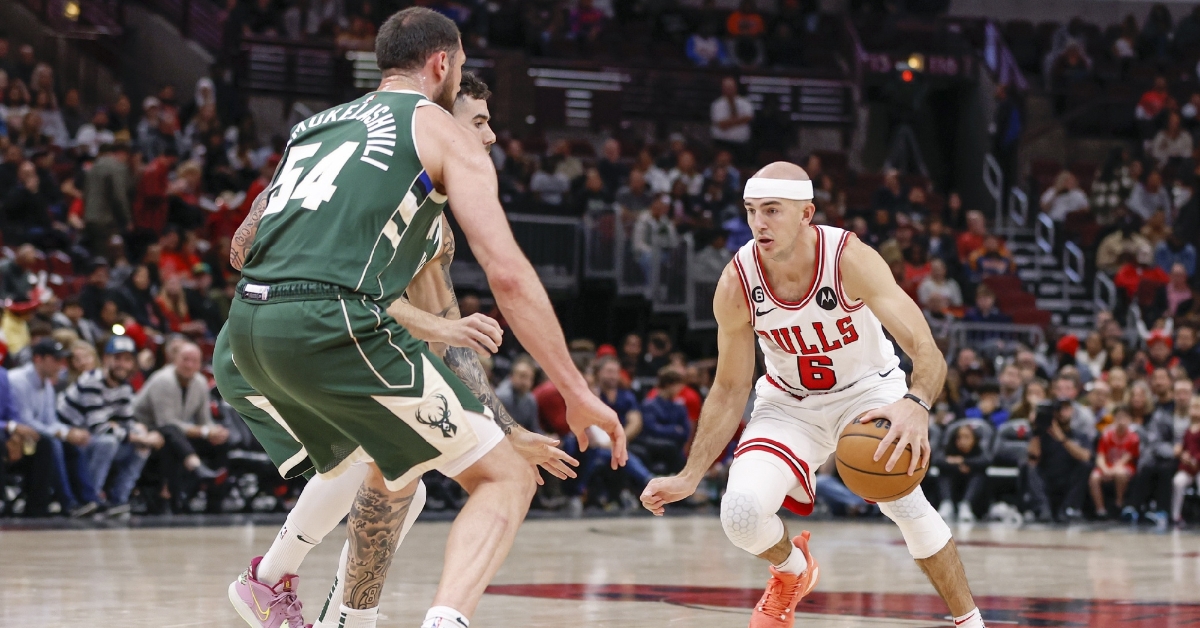 CHICAGO - I know the preseason means nothing regarding the overall standings, but it is nice to see the Bulls playing well. Looking to close out their preseason slate on a high note, the Bulls hosted the Milwaukee Bucks on Tuesday. Unlike the regular season, where the stars will be out in full force, the Bucks were without most of their key players, including Giannis.

You would think that would mean an easy win for Chicago, right? The Bulls countered by sitting two of their stars in, Zach Lavine and Demar Derozan, so things appeared pretty equal on paper. However, this game was anything, but equal, as the Bulls still had a large chunk of their roster playing. That roster not only got out to a big lead in the first half, but continued to build off that lead as the game went on and picked up the 127-104 win to close out the 2022 Preseason with a 3-1 mark.

Patrick Williams continues to be an enigma, as most fans still don't know what they will get from him. The Bulls have used him both as a starter and off the bench this preseason as they have been looking for the perfect role for him. After three consistent, but average games, Williams picked a great time to break through as he dropped a team-high 22 points.

This was the type of aggressiveness he showed in the Summer League last season and the aggressiveness the Bulls want and need him to have all season long. Williams wasn't alone in having a big game, as six players landed in double figures, including three starters. Nikola Vucevic was one of the rare stars to finish the preseason and did so with a 17-point 11 rebound showing. If that is the production he gives this team all season, then the Bulls will happily take it.

Coby White was filling in for Lavine in the starting lineup as he is in a similar position to Williams. Capable of scoring in bunches when he gets hot, White doesn't have an established role on this team which is something the Bulls need to find for him. White knocked down several tough shots, including four triples, as he came away with another 15-point game.

While the starting lineup was doing their thing on the court, the Bulls received plenty of production from their bench, which needs to happen during the regular season. Newly acquired Andre Drummond, who signed a free agent deal this offseason, will be crucial to the Bulls success as he finally gives Chicago a legitimate big to spare Vuecevic.

Drummond has been impressive this preseason and capped it with a 16-point nine rebound showing. Add in 13 points from Goran Dragic and 10 from Javonte Green, and the Bulls had scoring coming from every direction, as they will now have eight days to prepare for the regular season.

When it comes to the Bucks, this team will only go as far as Giannis can take them, which tends to be far. However, it will be up to the supporting cast of Jrue Holiday, Khris Middleton, and Brooke Lopez to pick up the slack to reach their full potential. Granted, none of them suited up on Friday, but the Bucks did have an opportunity to witness a lot of their depth, with several players showing up in a big way.

In particular, Jordan Nwora was a man on a mission as he looked to lock down one of the final reserve spots this season. Not only did he lead the Bucks, but he led all scorers with 25 points, as that is the potential the kid has. The rest of the double-digit scorers came from the starting lineup, with all five starters reaching that mark.

Marquise Bolden appeared in six games last season and is now looking for an increased role this season. The former Duke University big man put on a clinic with 21 points, and should he do that consistently, he will become a very nice piece for this team. Marjon Beauchamp put together a great second half en route to his 14 points, as he will be one of the players to watch all season.

Jevon Carter and Sandro Mamukelashvili rounded out the double-digit scoring games for the Bucks as both finished with 13 points in the loss. With the win, the Bulls close out the preseason with three straight wins and now turn their focus toward the regular season. With Lonzo Ball expected to miss a minimum of two months, an additional roster spot will be up for grabs. It will be interesting to see who Billy Donovan gives that spot to and what role they will have for this team.