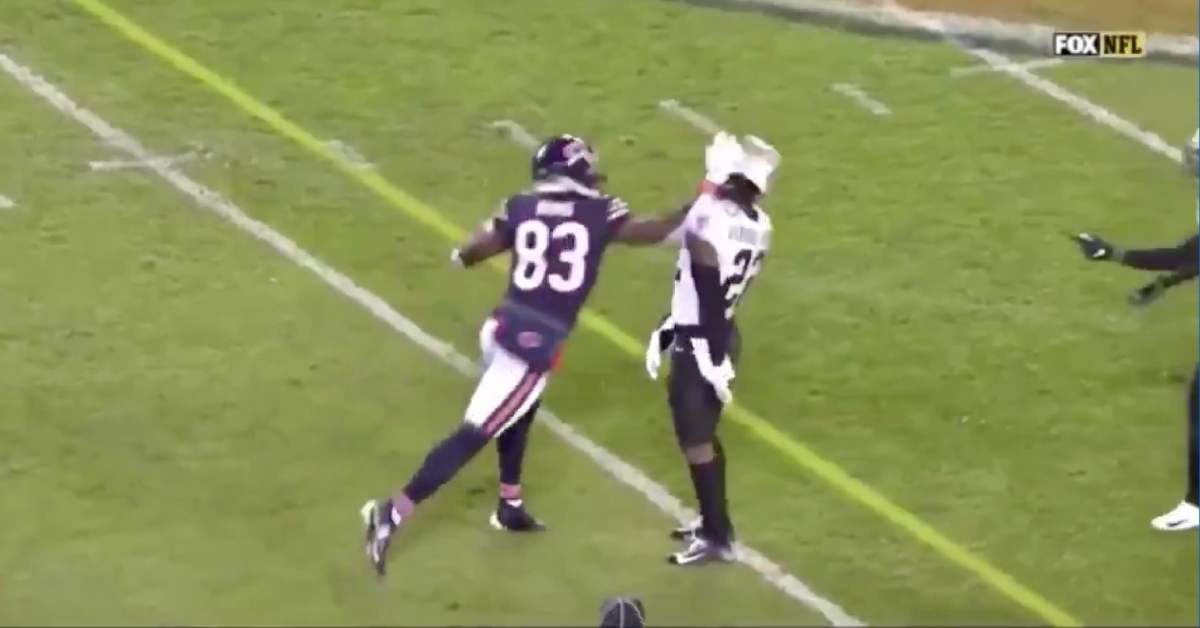 Javon Wims twice punched a defender in the helmet, causing him to get ejected from Sunday's game.

CHICAGO — Chicago Bears wide receiver Javon Wims was ejected from the Week 8 contest versus the New Orleans Saints after punching a defender in the helmet multiple times on Sunday. With the game tied 13-13 early in the second half, Wims was thrown out in response to him abruptly attacking strong safety C.J. Gardner-Johnson.

Cameras captured Gardner-Johnson taunting receiver Anthony Miller earlier in the game. That may explain why Wims then repeatedly smacked the defensive back in the helmet.

Following a short completion made by quarterback Nick Foles to wide receiver Allen Robinson, Wims ran over to confront Gardner-Johnson, who did not retaliate. Wims was subsequently disqualified at Soldier Field and escorted to the locker room.

So what exactly was javon wims thinking yo @ChicagoBears get your boy. pic.twitter.com/36IcJlJBiL

Update: A troll had some fun with the situation by editing Wims' Wikipedia page and changing his position from wide receiver to boxer.

Someone went on Wikipedia and made Javon Wims a boxer???? #BearDown pic.twitter.com/rlPrrArF2j