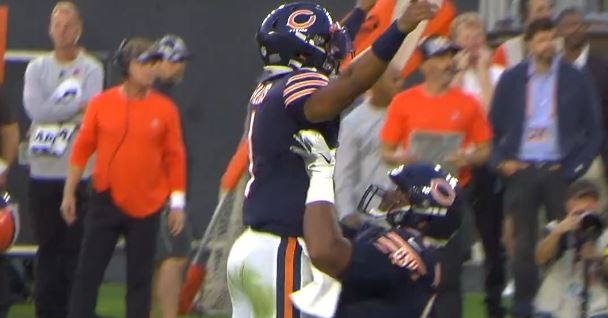 Fields has two passing touchdowns early in the second quarter

Add another score for the good guys.

The Chicago Bears offense has looked impressive against the Browns as quarterback Justin Fields has thrown two touchdown passes to put the Bears up 14-0 early in the second quarter on Saturday night.

His second touchdown was a nice 12-yard touchdown to receiver Dante Pettis.

Check out the second touchdown below: