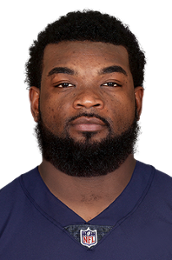 Running Back
B I O
PRO CAREER:

Played in 11 games with six starts, rushing for 498 yards and five scores and catching 30 passes for 213 yards and two TDs
With the Chiefs trailing the 49ers 20-17 in the fourth quarter of Super Bowl LIV, Williams caught a 5-yard TD pass from Patrick Mahomes to give Kansas City a 24-20 lead with 2:44 remaining and then scored a second TD on a 38-yard run to clinch the victory with 1:12 to play; rushed for 104 yards in the Super Bowl and became the first player in NFL history to run for at least 100 yards while producing rushing and receiving touchdowns in a Super Bowl
In the playoff game vs. Tennessee (1/19/20), Williams scored his third rushing touchdown of the 2019 postseason and fifth-career postseason rushing touchdown
His eight total touchdowns in the postseason are the most in team history and his five rushing touchdowns in the postseason are the most in franchise history
In the game vs. the Houston Texans (1/12/20), Williams scored three touchdowns; his two rushing touchdowns in this game tie the franchise's single-game postseason record
In the game vs. Minnesota, scored on a career-long 91-yard touchdown run, tying RB Jamaal Charles for the franchise's longest run from scrimmage (at New Orleans, Sept. 23, 2012)

Played in 15 games for the Dolphins, rushing for 115 yards on 35 carries with three touchdowns and recorded a career-high 249 receiving yards and three touchdowns
Made his first playoff appearance with Miami in the AFC Wild Card game at Pittsburgh on January 8, 2017 and rushed three times for 14 yards (4.7 avg.) and caught one reception for a 4-yard touchdown