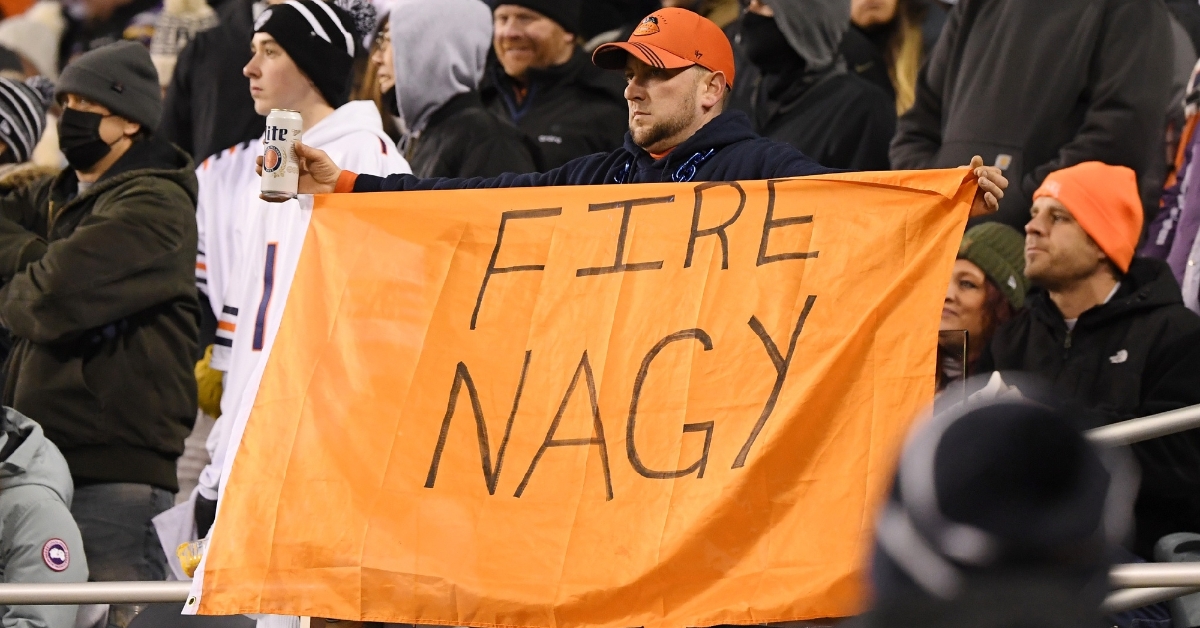 There was some good but a lot of bad on Monday night as the Bears have now dropped three games in a row. The Bears are now 4-10 and eliminated from playoff contention after getting beat 17-9 by the Vikings.

So let’s take a look and give out some grades based on the performances by position after the loss to Minnesota.

Justin Fields was once again at QB for the Bears. It wasn’t his best game, but Fields was still very productive. Fields threw for 285 yards and a touchdown but also turned the ball over via a fumble. On the ground he was solid, carrying the ball seven times for 35 yards. It would be nice to see Fields continue to grow before the seasons’ end.

The passing game was active, but the receivers were thin. Allen Robinson and Marquise Goodwin were out with injuries. Jakeem Grant and a pair of carries but was injured early on. Second-year wideout Darnell Mooney caught five passes for 63 yards. Damiere Byrd was the only other receiver who caught a pass and caught five for 62 yards. This unit was not the downfall of this game though.

This unit certainly has talent but needs to show it better. Cole Kmet and Jimmy Graham handled the tight end duties for this squad, and Kmet caught six passes for 71 yards but also dropped a few crucial passes. Graham was targeted a handful of times and caught one pass for 13 yards. Jesper Horsted caught one pass, it was Field’s only touchdown pass. I’d like to see more of this as the year progresses.

The offensive line was iffy, allowing three sacks of quarterback Justin Fields but also struggling to create holes in the running game all day long. This unit was frequently penalized, but they were overall okay on Sunday.

The defensive line was good. They held Dalvin Cook to just 3.2 yards per carry and got to Kirk Cousins a few times, with Akeim Hicks returning from injury with a pair of sacks.

Any unit that boasts Khalil Mack deserves some props, but Mack is out the rest of the year. Roquan Smith had 10 tackles but did not do anything special. The rest of the unit was involved — with Robert Quinn having two sacks. Need this unit to continue to step up.

This unit was good on Sunday. Eddie Jackson was out, and so was Jaylon Johnson so it was Deon Bush and Thomas Graham stepping up in the secondary. Graham did a good job against Justin Jefferson and Bush came away with an interception. Just a few blown coverages to squander this game for the unit.

Kicker Cairo Santos made a field goal and had one blocked. The Punt unit was active, punting the ball three times and getting inside the 20 once. The return game was bad, including a muffed punt from Damiere Byrd. The silver lining for this unit was a blocked punt by Damien Williams in the second half.

The playcalling was terrible. David Montgomery did not get enough touches Justin Fields was not given enough of a chance to succeed. All of that and the Bears decided not to go for it at a crucial time — and tried to go for it once with a terrible play call. There was just some overall discombobulation that I blame on a coaching staff that spends most of the week answering questions about job security. At this point of the year, the Bears know their coaching staff will not be back for another season too, which is a difficult way to operate.

Nonetheless, week 15 is in the books and the Bears are 4-10. They continue the season next week against the Seattle Seahawks.