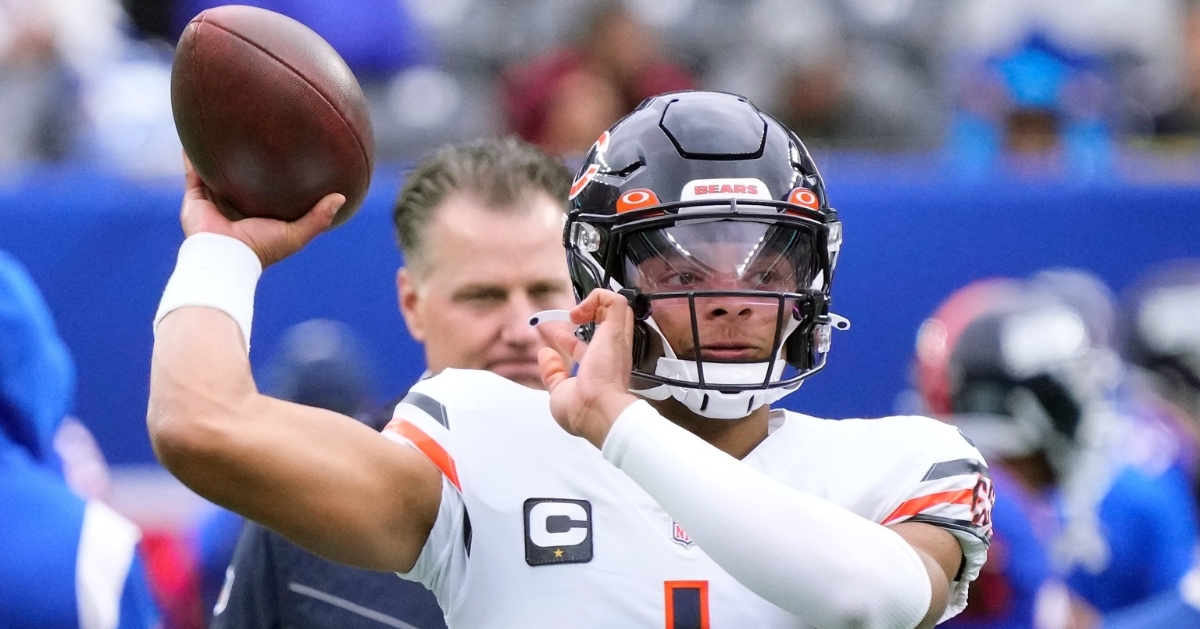 There was some good and bad on Sunday afternoon as the Bears lost their second game of the season. The Bears are now 2-2 after losing to the Giants in New York.

So let's take a look and give out some grades based on the performances by position after the loss to the G-men.

Justin Fields has had better games in his career, completing only 11-of-22 passes for 174 yards on Sunday. Fields ran seven times for 52 yards and made some nice throws down the stretch, but he needs to make better throws if he wants to continue progressing. He was pressured on nearly 50% of his dropbacks but had a near-perfect completion percentage when he had a clean pocket. The key to Fields' development is to protect him.

David Montgomery was out with injury, so it was Khalil Herbert with 19 carries for 77 yards and caught one pass for 24 yards. Trestan Ebner also carried the ball six times for 20 yards and caught two passes for eight yards. Bears will hope to keep the running game involved as the season continues.

The passing game was not as active as it could be, but the wide receivers were finally more involved. Third-year wideout Darnell Mooney caught four passes for 94 yards. Equanamius St. Brown caught a pass for 9-yards. Nobody else got involved. The Bears certainly have some playmakers they will look to get the ball to more.

This unit has talent with Cole Kmet, Ryan Griffin, and Trevon Wesco, but they have not been active. Cole Kmet led the Bears with three catches for 16 yards, his second time showing up on the box score all season. Trevon Wesco caught a ball for 23 yards as well. Keep an eye on this unit to step up and make some plays.

The offensive line was terrible, allowing five sacks of quarterback Justin Fields and allowing pressure on him all day. They need to do a better job of keeping Fields upright.

The defensive line wasn't great. They are allowing over 300 yards rushing and not pressuring Daniel Jones effectively. The d-line has to do a better job putting pressure on their opponents and stopping the run.

Roquan Smith had ten tackles and was everywhere for the Bears — but Robert Quinn was far too quiet. The Bears need more out of this unit.

This unit was nothing special on Sunday. Eddie Jackson came away with an interception, and Jaquan Brisker was heavily involved, but the Giants did not attack the Bears too well through the air.

Kicker Michael Badgley made four great field goals, and Trenton Gill nailed three of his five punts inside the 20 — but this pour grade comes from Velus Jones Jr.'s muffed punt in the fourth quarter, after four subpar returns.

The play calling was not improved in Matt Eberflus' fourth career game with the Bears. The Bears did not take many shots, which might be because Fields was pressured so heavily all game long. We'll see how the Bears respond in week 5.

Nonetheless, week 4 is in the books, and the Bears open the season 2-2. Next on the schedule is the Minnesota Vikings.