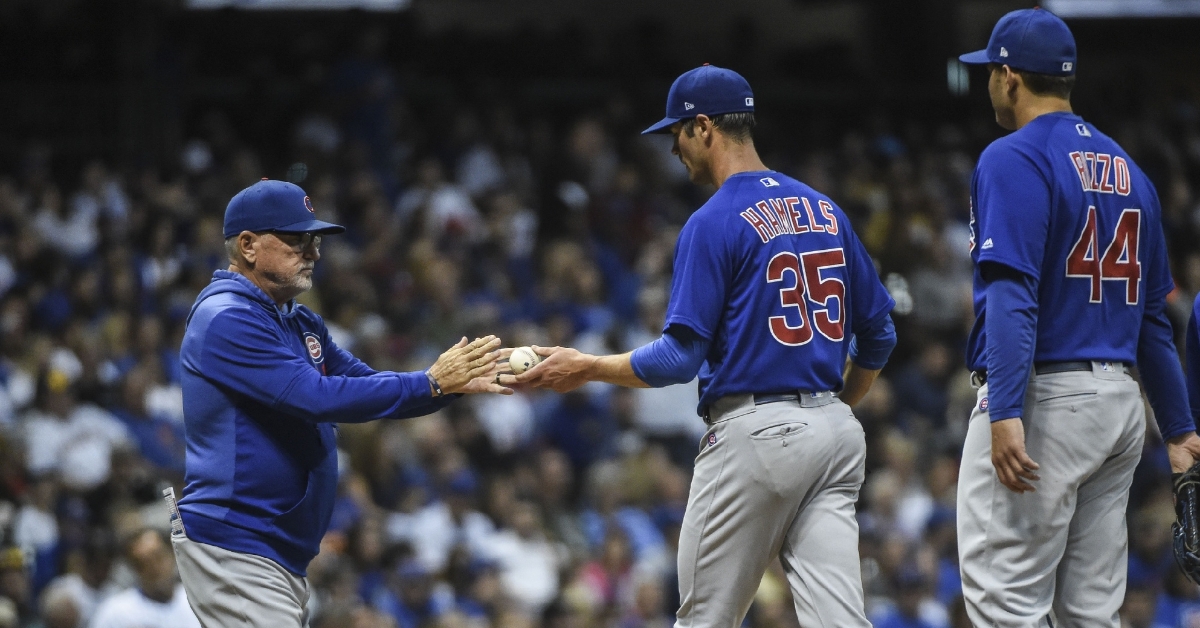 MILWAUKEE — A lackluster showing at the plate combined with a lackluster start by pitcher Cole Hamels to formulate an overall lackluster performance put together by the Chicago Cubs (76-64) on Friday night. Falling 7-1 to the Milwaukee Brewers (72-68) at Miller Park, the Cubs mustered just three hits and two walks and scored their lone run via a solo shot by Nicholas Castellanos. After Castellanos went yard in the top of the third, the Cubs were outscored 7-0 the rest of the way.

Hamels made it through just 3 1/3 innings before getting yanked. The left-hander gave up five runs on nine hits and two walks. For the Brewers, Zach Davies started on the mound and gave up only one run on three hits and one walk in five innings of work. Following Davies' departure, the Brewers' bullpen strung together four scoreless innings to end the Cubs' road win streak at six games. Reigning National League MVP Christian Yelich led the Brewers by going 3-for-4 and hammering a 3-run dinger at the dish.

The Cubs broke the scoreless tie, though, as Castellanos powered out an opposite-field jack with two outs in the top of the third. Interestingly, Castellanos technically went yard in two separate games on Friday. As a member of the Detroit Tigers (41-98), Castellanos homered against the Oakland Athletics (82-58) in a May 19 contest that was suspended midway through the seventh inning because of rain. The remainder of the matchup was played out at Oakland Coliseum, instead of Comerica Park, where it initially took place, on Friday, meaning that Castellanos hit a home run for two different teams in games played on the same day. For what it is worth, both of Castellanos' squads lost, with the A's topping the Tigers 7-3.

Following back-to-back singles to start off the bottom of the third, Yelich walloped a 415-foot 3-run bomb that proved to be the winning hit. Later in the frame, Cory Spangenberg reached base on a perfectly executed RBI bunt single, and, although Hamels was able to draw an inning-ending double play with the bases loaded, the Brewers coasted to the finish line thereafter. In the penultimate plate appearance of Hamels' outing, Yasmani Grandal swatted a 442-foot solo round-tripper that put the Brew Crew up 5-1.

Milwaukee scored a couple of late-game insurance runs. Ben Gamel came home on a sacrifice fly hit by Orlando Arcia in the bottom of the seventh, and Gamel then collected an RBI with a base knock that ushered Lorenzo Cain across the plate in the bottom of the eighth. Cubs pitcher Adbert Alzolay, who was recently called up after not pitching for the North Siders since July 1, gave up the RBI single to Gamel, which culminated in the 7-1 final tally.