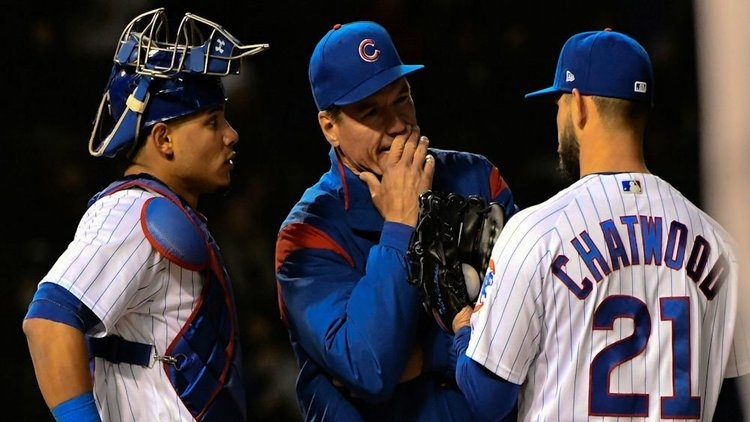 A lot of action today as teams scramble to get their 40-man rosters in order prior to the deadline for the Rule 5 draft. The Cubs have ties to many of the day’s transactions and rumors. Transactions are likely to come in for some time yet this evening, if so, we’ll update you bright and early in the morning.

“Jim Hickey notified us yesterday of his decision to step down as pitching coach and leave the organization for personal reasons. We thank Jim for his season with the Cubs and his positive impact on our pitchers. Jim has our full support and we all wish him well.”

For those speculating, this has nothing to do with Maddon or anything else. It is what the release states: personal reasons.

Cubs: Ken Rosenthal reports that the Cubs and Red Sox (among others) are engaged in talks with the Padres with regard to RHP Rowan Wick. Padres say the Wick and teammate Colten Brewer will go as two separate deals. Wick pitched to a 0-1 record in 2018 with a 6.48 ERA in 8.1 innings of work.

Cubs claim lefty Ian Clarkin off waivers from White Sox. Clarkin has a 3.55 ERA through five minor league seasons and was the 33rd pick overall by the Yankees in 2013.

Padres: San Diego likely to sell 3B Christian Villanueva to a Japanese team. Padres want “an established” third-baseman. Ken Rosenthal reporting “Padres have discussed a trade with Mariners in which they would acquire SS Jean Segura and RHP Mike Leake for OF Wil Myers. Leake would need to waive his no-trade clause for deal to occur, and also is weighing other potential options, one source says. Padres want a trade for Myers in which money is almost even. Myers is owed $64M next 4 years. Segura (3 years) and Leake (2 years) owed combined $79.75M. Segura could play SS for Pads until Tatis is ready, then move to 2B. Tatis also has played 3B. Deal at moment not thought to be close”

Again, nothing stellar on the Cubs’ front today, but give it time, things have got to start happening soon. Check back throughout the day tomorrow for updates, and thanks as always for your support.