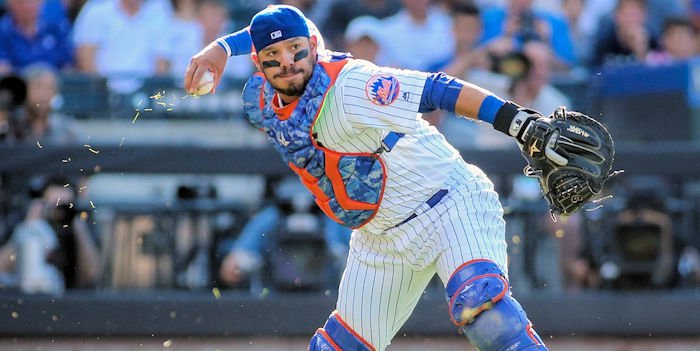 CHICAGO – The Chicago Cubs today claimed catcher Rene Rivera off waivers from the New York Mets. To make room for Rivera on the 40-man roster, right-handed pitcher Aaron Brooks has been designated for assignment.

Now is time for this new chapter in my career with the Chicago @Cubs and I am really excited for it! #FlyTheW

RHP Aaron Brooks has been designated for assignment. pic.twitter.com/qfe5BMWpAt