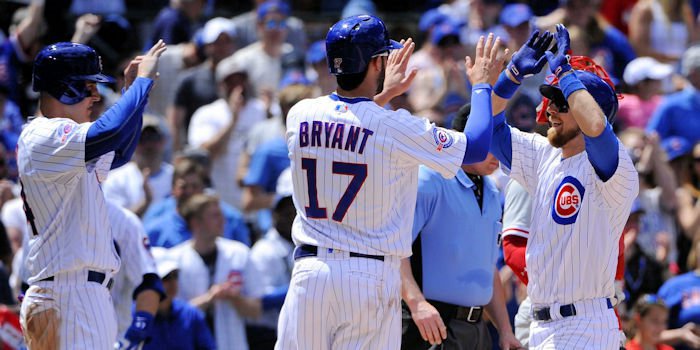 Chicago -- John Lackey gave up just one run and Ben Zobrist and Miguel Montero Montero hit homers to defeat Philadelphia 7-2 on Sunday to extend the Cubs' latest winning streak to five. The win completed the first three-game sweep over the Phillies at Wrigley Field for Chicago since July 28-30, 1995.

Lackey (5-2, 3.16) gave up one run, struck out six and walked four in seven innings. In his 10th start of the season, Lackey has now posted his eighth quality start after signing a two-year deal with the Cubs in the winter.

The Cubs showed plenty of offense on the day, scoring in four of the first five innings. Chicago got on the board in the first after three bloop singles in the inning plated a run. Montero crushed a 425-foot home run to right in the second, and Zobrist added a three-run home run in the third. Zobrist has reached safely in his last 34 starts since April 18. Kris Bryant and Montero both had RBI singles in the fifth.