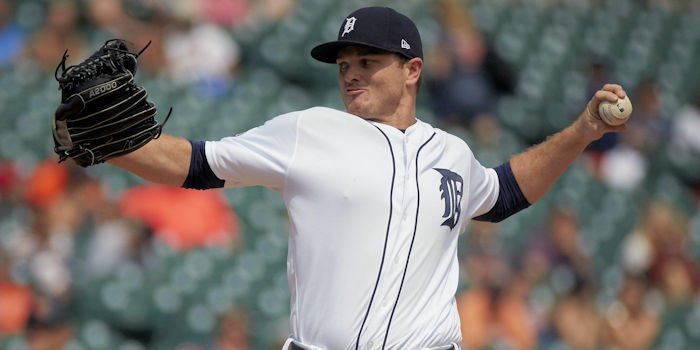 CHICAGO -- Theo Epstein has done it again. Hours to go before Monday's 4 PM ET trade deadline and the Cubs have filled their needs with another reliever with closing experience and a backup catcher.

The Chicago Cubs have acquired closer Justin Wilson and veteran catcher Alex Avila from the Detroit Tigers in exchange for minor league third baseman Jeimer Candelario, shortstop Isaac Paredes, and a player to be named later or cash. According to MLB Insider, Jon Morosi, the trade is officially complete as the medical review is done.

In 2017, Wilson has a 2.68 ERA with 13 saves out of 15 opportunities, 55 strikeouts, 16 walks in 40.1 innings of work. The 29-year old is under control for 2018 at only $2.7 million and should step into the closer's role when Wade Davis goes to free agency. This is another great value play like Quintana as Wilson will provide a lot of value as the setup man this year and in 2018 as the possible closer for the North Siders.

This is the type of reliever you need in the postseason with tough offenses like the Dodgers and Nationals.

The Cubs will have to make a move on their roster and reliever Justin Grimm could the one that gets the boot with the acquisition of Wilson.

Avila has a decent bat hitting .271 with 11 homers and 32 RBI in 77 games and will provide depth at the catching position and be a solid pinch-hitter against righties. All 11 of his homers are against righties and he also walks at a very solid rate. However, in the last month as trade rumors have been swirling on him, he was only batting .150 with a 35% strikeout rate. He will be a free-agent after the season so this is a rental to help with young catcher Contreras before he takes on more of the burden next season. An interesting tidbit is that he is the son of Detriot general manager Al Avila and he is the first general manager in 50 years to trade his own son.

Candelario was the top remaining prospect for the Cubs in the minors but his major league path was blocked by third baseman Kris Bryant and at first base with Anthony Rizzo. The Cubs will have traded positional players Starlin Castro, Gleyber Torres, Jorge Soler, and Eloy Jimenez in only a few years of wheeling and dealing with other clubs.

Candelario was batting .266 with 12 homers and 52 RBI in Triple A Iowa this season. However, he was just hitting .136 in 50 plate appearances in the majors.

18-year old Paredes was hitting .261 with seven homers and 49 RBIs in Single A South Bend but scouts love his frame and defensive ability. As he progresses in the minors, he might be moved to either first base or third base because of his size. Some scouts actually have Paredes as a higher rated minor leaguer than Candelario and he was rated Chicago's 10th rated prospect by MLB.com.