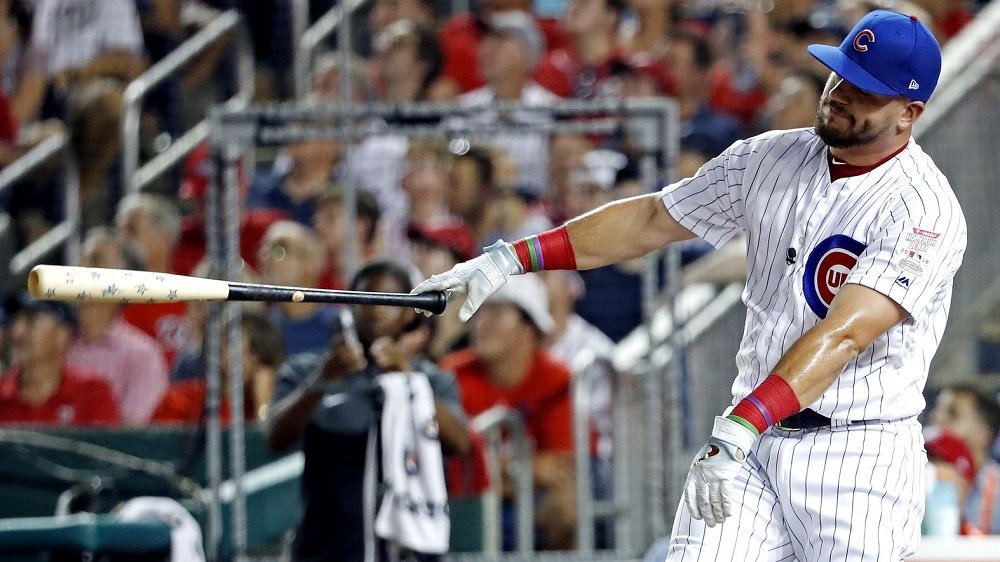 WASHINGTON, DC — The hometown hero took care of business in the championship round of the Home Run Derby on Monday, as Washington Nationals superstar Bryce Harper won the crown in front of a packed house full of his everyday fans at Nationals Park. Taking on Chicago Cubs slugger Kyle Schwarber in the final round, Harper won 19-18 with a walk-off dinger.

After powering out a bomb to straightaway center field early in the bonus period to defeat Schwarber, Harper carried out the never-before-seen two-handed bat flip to celebrate winning the Home Run Derby title.

The champ is here. pic.twitter.com/S6tVh7DCBj

Schwarber, who batted first in the final round, tallied 18 long balls, including a 453-footer, after coming on strong in the waning minutes. However, Harper, perhaps spurred on by the support of his fans, came out on top in dramatic fashion.

After having just eight home runs to his name at the halfway point, Harper battled back by clubbing 10 dingers in the final two minutes of the regulation period. Then, in the 30-second bonus session provided to him by slugging a homer over 450 feet during regulation, Harper walked it off on just the second pitch thrown to him.

Harper's pitcher on the evening was his father, Ron. With the triumph, Harper became the third player ever to win the derby on his home turf. Harper totaled 45 dingers through three rounds.

Taking part in his first career MLB Home Run Derby, Schwarber finished as the runner-up. He nearly became the first Cub to win the competition since Sammy Sosa did so in 2000. Finishing with a grand total of 55 home runs in the three rounds combined, Schwarber hit more home runs than any other competitor in the field.