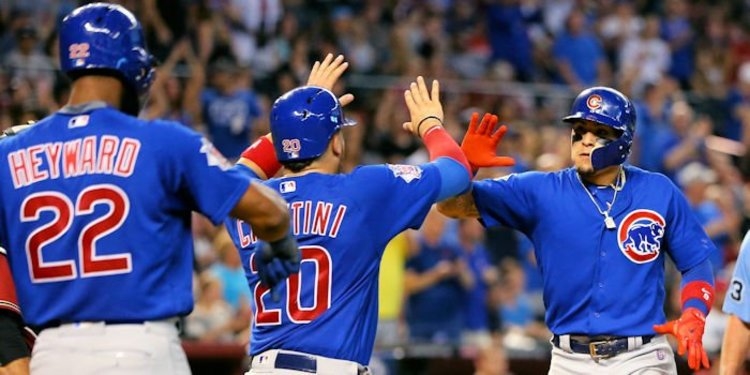 CHICAGO -- The Chicago Cubs will battle the Washington Nationals in game four of the NLDS at 3:08 p.m. CDT on Wednesday afternoon televised on TBS.

Cubs pitching has been impressive in three games against the Nationals with a 2.08 ERA and 22 strikeouts in 26 innings.

Manager Joe Maddon chose to sit outfielder Jason Heyward for today's game in favor of Ben Zobrist. One of the main reasons that Heyward was out today was his 0-for-18 lifetime mark against Roark.

Cubs second baseman Javy Baez is back in the starting lineup after a day off against the tough righty Max Scherzer.

Update: The Nationals changed their starting pitcher to Stephen Strasburg so the Cubs have a new look in the outfield as Schwarber was replaced by Heyward.

The new outfield alignment will be Ben Zobrist in left field, Jon Jay in center field, and Heyward in right field.